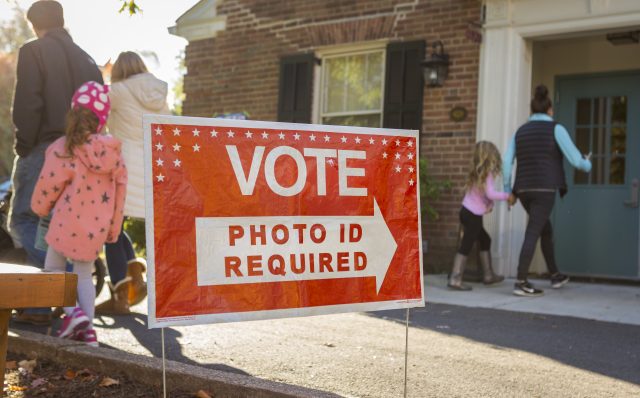 On Monday, the U.S. Supreme Court rejected an appeal made by officials seeking for the restoration of a very strict Texas voter ID  law, which requires voters to show one of several forms of photo ID in order to vote. The case, which the state of Texas has all but lost, is still pending a final judgment.

A hearing set for January 24 in federal court in Texas has been continued until February 28 at the request of the Trump administration, who sought a continuance of the hearing for the new administration to effectively “get up to speed” on the case.

Texas, an increasingly diverse and yet still politically conservative state, passed its voter ID law as many other states did, with the unstated but fairly obvious purpose of creating barriers for poor and people of color to vote. This voter ID law craze reignited in the South when, in 2013, the Supreme Court struck down a portion of the landmark Voting Rights Act which required that certain southern states have federal oversight related in this area of law in light of historical voting discrimination.

In the Texas case, the federal trial court agreed with the federal government, who brought the lawsuit stating that it was clear that the law was passed with a discriminatory intent.  Appeals to both a three judge panel and, eventually, the full panel of the very conservative 5th Circuit Court of Appeals confirmed the trial court victory, with rulings that the Texas law violated the U.S. Voting Rights Act due to discriminatory effect (not intent).  The 5th Circuit sent the case back down to the trial court for further proceedings; it will finally rule on whether the law was intentionally discriminatory and come up with permanent changes to the law.  The Supreme Court could theoretically reconsider taking the case following lower court appeals after final judgement is rendered.

This vigorous stream of lawsuits against voter ID legislation was a priority of the Obama Administration.  Meanwhile, the Trump Administration has taken over. Alabama Senator Jeff Sessions has been nominated for attorney general but has yet to be confirmed, hence the request for a continuance in the lower court proceedings.   A look at Senator Sessions’ record may indicate that the administration is just as interested in “slowing the process down” as getting up to speed.

During his confirmation hearings for his new job, Mr. Sessions stated that because federal law normally involves all 50 states, and the Voting Rights Act only involved a few states, the Voting Rights Act was “intrusive,” justifying that description he made years ago which he intimated was taken out of context.  However, when the Supreme Court struck down portions of the Voting Rights Act back in 2013, he called it “good news for the South.”  At the confirmation hearing, he added his belief that he does not think voter ID laws are formed due to racial bias. This is despite court rulings in at least three southern states (Texas, North Carolina, and Georgia) in 2016 that voter ID laws discriminated against minorities. More, his state of Alabama passed a voter ID law as well with similar effects as the other voter ID legislation, and Alabama further sought to close dozens of DMV offices which were disproportionately in poor and black areas.  At his confirmation hearing, Sessions failed to articulate how he would enforce the law related to voting rights as Attorney General.

For the moment, the Supreme Court will not weigh in on the Texas case.  If and when it does, however, it may have 9 justices, which would include a Trump appointee. More, the federal government will be represented by a very different Justice Department than the one that has advocated for the rejection of voter ID regulations with considerable success in the last year.  The upcoming proceedings in Texas will give us an indication on whether the federal government’s position on voter ID laws will be against, or akin to, that of the states in question.

Joseph Richardson is a California-based attorney.