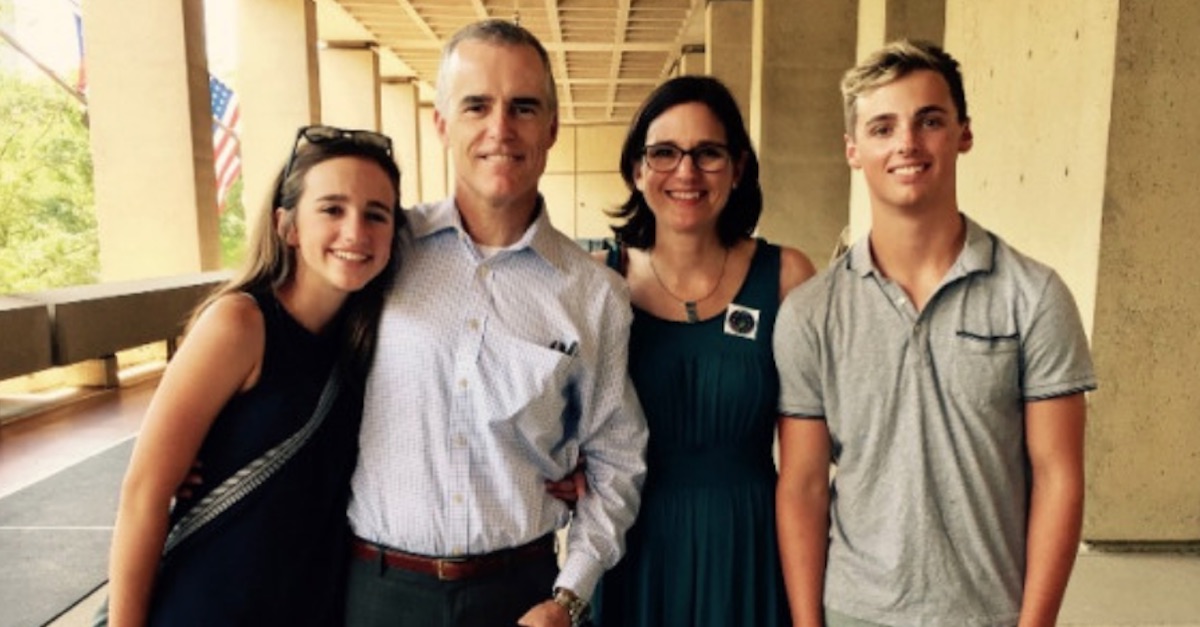 The money fundraised online in just 17 hours by Friends of Andrew McCabe is now more than $385,000.

McCabe was fired by Attorney General Jeff Sessions two days before his retirement after a report from the Office of the Inspector General (OIG), Sessions said, “concluded that Mr. McCabe had made an unauthorized disclosure to the news media and lacked candor, including under oath, on multiple occasions.”

McCabe’s career was described as “long, distinguished, and unblemished” on the fundraiser page.

McCabe spokesperson Melissa Schwartz posted about the GoFundMe online and said “Unfortunately, the need for a legal defense fund is a growing reality.”

The support for Andrew #McCabe has been overwhelming, humbling & deeply appreciated. Unfortunately, the need for a legal defense fund is a growing reality. Please click here for info about the official Andrew McCabe Legal Defense Fund: https://t.co/fC8lDHtkcn … via @gofundme

This was also the way it was phrased on the GoFundMe.

“Unfortunately, the need for a legal defense fund is a growing reality. Media reports indicate that at a minimum, there are a number of congressional inquiries that he will be required to respond to, as well as the broader Office of the Inspector General (OIG) investigation that is ongoing, and any potential lawsuits he might consider,” it says.

Schwartz confirmed that this was the only authorized fundraiser when someone asked that question.

It is real and official. This is the only authorized Go Fund Me campaign.

The outpouring of dollars was called “remarkable and beyond our expectations” on the GoFundMe, so the goal was upped from $150,000 to $250,000.

Andrew McCabe FIRED, a great day for the hard working men and women of the FBI – A great day for Democracy. Sanctimonious James Comey was his boss and made McCabe look like a choirboy. He knew all about the lies and corruption going on at the highest levels of the FBI!

Trump did cheer McCabe’s firing as a “great day for Democracy.”

The expressed goal of McCabe’s legal team is to “gain clarity around the lasting impact his firing – 26 hours before his planned retirement – will have on the pension and healthcare benefits he earned over his two decades of service to the FBI.”

As Law&Crime reported previously, the reaction over McCabe’s “lost pension” has been somewhat overblown.

While many seemed to think it was gone forever due to the circumstances surrounding his firing, the pension will instead be deferred until McCabe is 57, that is, for seven years.