Star Athlete Gets Just Probation in Rape Case, But Let’s Not be Quite So Outraged 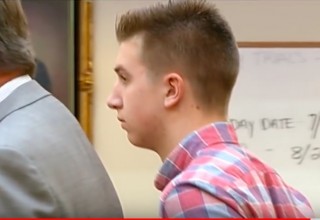 If the 1974 was the Age of Reason, 2016 is the Age of Ignorance. People are choosing sides on issues without any regard for fact, law, or logic. Every news cycle brings us new topics for which people will polarize their views, even before considering whether those topics even have “sides.” No one could be a better personification of this trend than Nancy Grace. The self-knighted champion of victims’ rights appears to have only one goal – to rile up viewers for her “side” of legal analysis. Yesterday, on Good Morning America, Nancy squandered the precious few minutes of national airtime – when she could have been educating viewers about the legal system – by choosing to ignite an emotion-driven, truth-starved dispute over the sentencing of David Becker.

Becker, a high school student, was charged with rape, assault, and battery; at the conclusion of the proceedings, Judge Thomas Estes ordered the case “continued without a finding” for two years. Such an outcome means that the case against Becker will be held in abeyance for two years during which time he will remain on probation. Should he violate that probation, the case against him will resume and the judge will have the authority to appropriately sentence him at that time. There’s no question that this is an exceedingly favorable outcome for Becker – but it’s also a very common one for a young offender with no criminal history, family support, and a promising college career. Furthermore, the facts of Becker’s assault (while clearly disturbing and unquestionably criminal) were surely less grizzly or violent than many of the cases that come through Judge Estes’ courtroom.  While the result may be cause for discussion, it’s not necessarily cause for alarm.

I’m not surprised that people unfamiliar with the criminal justice system are shocked and outraged at the outcome in Becker’s case. Without context, it seems grossly at odds with the punishment befitting such a serious crime. Nancy Grace knows about this chasm between public perception and legal reality. She’s built her entire career in that vast expanse separating the informed from the outraged. Nancy’s public brand as the voice of America’s victims comes at a price. That price, at times, seems to be her abdication of her responsibility as an officer of the court to explain the functioning of the legal system.

Nancy’s rantings aside, anyone even remotely acquainted with criminal law knows that a continuation with probation is a common disposition when a young defendant is prosecuted for a first offense – and for good reason. Although Becker, an eighteen year-old was prosecuted as an adult, he is still a teenage high school student.  In general, we (and by “we,” I mean “society as a whole,” as well as “those directly involved in the legal system”) believe that young offenders should be treated leniently. Leniency for child offenders is favored for many reasons, including the knowledge that children are not fully mentally or emotionally developed, the hope that a young offender can be truly rehabilitated, and the value placed on a child’s future. Even when the crimes in question are serious and violent, there is much that weighs in favor of treating a younger offender with less harshness than an older one.

Heather Cucolo, Professor of Sex Offender Law at New York Law School and co-author of “‘They’re Planting Stories in the Press’: The Impact of Media Distortions on Sex Offender Law and Policy“, has written extensively about the subject of public perception of sex crimes. Commenting on the public outrage over the lenient sentences handed down to Brock Turner, Austin James Wilkerson and David Becker, Professor Cucolo said:

“We are only seeing these cases because they involve sexual assault. Sex is different. It is something that raises so many emotional angry responses—more so than anything else – in some ways, even more so than murder.   In our legal history and our social history, we have generally felt that leniency for juveniles is the right path for criminal justice. But as soon as we enter sex into the equation, [the offenders] are now seen as monsters.”

There’s also another factor to consider — the strength of the evidence against Becker.  We don’t know exactly what happened inside the courtroom, or what facts were adduced by investigators. The evidence may have been too weak to support a rape verdict, and the judge’s ruling may have been the most practical way to effectuate justice.  Oh, and one more thing– the victim told the judge she didn’t think Becker should go to jail.  That’s a pretty big deal.

The David Becker case seems like an anomaly. But with regard to sentencing, it really isn’t.   In a criminal courtroom, a David Becker stands out as the kind of defendant who might be truly helped by diversionary or probationary programs.

Becker’s sentence may have been a light one – but the public’s immediate conclusion that Judge Estes acted improperly is wholly misplaced. It’s understandable that people want answers when they learn that Becker has essentially gone free. The quest for those answers is why responsible legal analysts are an important part of the media landscape. But when explanations turn absurd – as was Nancy Grace’s suggestion that a judge who had been a defense attorney would always be biased toward the defense – they feed public appetite for sensationalism over sense.

During our conversation, Professor Cucolo put forth the questions the public should be asking about sexual assault cases involving high school or college age defendants :

“How are we helping these offenders? What interventions are being done? What type of counseling or support systems are being offered? There needs to be punishment, but I would hope our goal would be to prevent the act from happening again. To know whether punishment “works” requires us to know why he committed it in the first place.”

If we are going to ask questions about Becker’s sentencing, it’s counterproductive to assume we know more than the people actually in the courtroom during his trial.  If we want to critique the judge’s findings and decisions, it only makes sense to do so within the proper context.  Sure, learning that context takes time and work; such effort is the duty of an informed society.