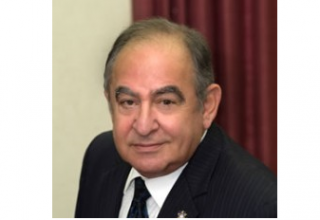 A Louisiana sheriff who was indicted on civil rights charges allegedly made anti-Semitic remarks to and about a Justice Department lawyer during an investigation. The comments were reportedly made during conversations that were secretly recorded.

Louis Ackal, Sheriff of Iberia Parish, was being investigated before ultimately being indicted for directing the beatings of inmates in the parish jail’s chapel. A transcript of a recorded conversation that was filed in court by the U.S. Attorney’s office shows Ackal referring to a federal prosecutor as “this sorry son-of-a-bitch Jew bastard in Washington.” In that same conversation, Ackal allegedly made reference to threatening the attorney to his face. Referring to a discussion with prosecutors who wanted him to give them information on others, Ackal reportedly recalled, “I said the only thing I’m gonna give you — f*****g shoot you right between your g*******d Jewish-eyes.'”

Prosecutors are looking to use these comments as grounds for seeking tougher restrictions to be placed on him before his trial. Ackal is not being held in jail, and the only condition of his release at the moment is that he not possess a firearm.

New conditions that prosecutors are requesting include having Ackal report to a supervision officer, having him be subject to unannounced inspections of his home, office, and vehicle to check for firearms, and restricting him from excessively partaking in alcohol. A hearing for the new terms has yet to be scheduled.

The case against Ackal stems from the alleged beatings of inmates who were detained while awaiting trials. Ackal allegedly ordered other officers to carry out attacks in the jail’s chapel because there are no security cameras in there. He is charged with two counts of conspiracy against rights and two counts of deprivation of rights under the color of law, and faces up to 10 years in prison for each count. Nine deputies have already pleaded guilty to related charges.