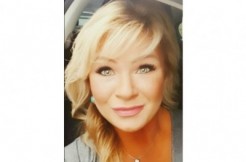 At first, investigators in Fulshear, Texas didn’t explain why Christy Byrd Sheats might have gunned down her two daughters, Taylor, 22, and Madison, 17. The 42-year-old mother allegedly murdered them on Friday before being killed by a police officer. Now there’s been an announcement.

“She accomplished what she set out to do, and that is to make him [her estranged husband Jason Sheats] suffer,” Fort Bend County Sheriff Troy Nehls told reporters on Wednesday, according to The Associated Press.

An earlier report from KTRK said one neighbor pointed out that Christy and Jason had just come back together after being separated. Nehls said the husband expected his wife, who set up a family meeting, to tell their daughters about a possible divorce.

Apparently, Christy Sheats wanted to ground the adult Taylor, so as to stop her from seeing a boyfriend. That meeting reportedly broke down. Jason and both daughters ran out of their house after Sheats started shooting. She reportedly finished Taylor off outside their home, while Madison succumbed to injuries later. Sheats was gunned down by a police officer after she refused to orders to put down her weapon. Jason Sheats did not sustain any wounds.

According to the AP, Nehls suggested mental illness drove Sheats. He said a series of personal challenges—a grandfather died in 2012, followed by her mother—triggered bouts of suicidal feelings, depression, and according to her husband, a drinking problem.

The New York Daily News identified a Facebook page as belonging to Sheats. This account presented some anti-gun control statements.

“It would be horribly tragic if my ability to protect myself or my family were to be taken away, but that’s exactly what Democrats are determined to do by banning semi-automatic handguns,” she apparently wrote in a March 2 post.
–