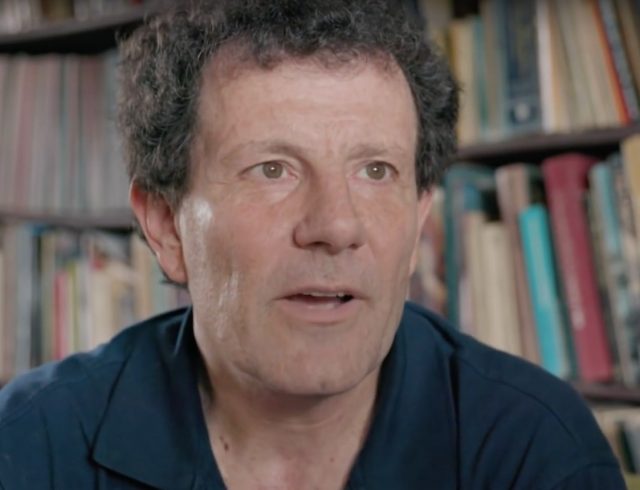 Obtaining Donald Trump‘s tax documents, by any any means necessary, has become sort of an obsession for some on the left.  It started back during the campaign in September when The New York Times‘ Editor Dean Baquet suggested that he would go to jail in order to publish Trump’s tax returns.  Strangely enough, about a week later a portion of Trump’s state tax return from the 1990s showed up at the The New York Times.  Ever since, there has been a frenzy among some on the left to see who will get the next big scoop.

Now, here we are more than one month into the presidency of Trump and as Tax Season nears, it seems the frenzy to get eyes on the Donald’s tax returns has once again reached a fever pitch.  And sure enough,  The New York Times in front and center again leading the charge, this time from top columnist Nicholas Kristof.

On Monday, Kristof arguably solicited a lowly IRS agent to commit a serious felony by leaking Trump’s tax returns to his newspaper, assuming, of course, his tweet was not merely in jest — though there seems to be little indication that Kristof was joking in the tweet.

Again, assuming Kristof was not making a joke, one way to interpret the tweet is that Kristof is plainly suggesting that an IRS agent, or official commit a felony punishable by up to 5 years in prison. 26 U.S. Code § 7213 provides, in part,

Trump has always claimed that he will not release his taxes because they are under audit, and legal experts LawNewz has spoken with in the past say Trump is correct to not release any tax information while under audit.  Nonetheless, the press likes to point out that Richard Nixon once released his taxes even though they were under audit.   Nonetheless, Trump is not Nixon and seemingly has no intention of releasing his returns anytime soon.  And it did not seem to concern the American voters last November.

But Kristof is not the only member of the media making subtle suggestions that IRS agents leak Trump’s returns.  Just before Kristof’s tweet, Matthew Yglesias also sent a shot across the bow of the IRS, seemingly hoping for a leaker to surface that could provide the elusive tax returns.

When it comes to disclosing the contents of illegally intercepted communications, courts have generally held news publications and reporters will not face legal jeopardy so long as they played no role in the illegal act of obtaining the communications. In an earlier interview with LawNewz, famous First-Amendment attorney Floyd Abrams (the father of LawNewz founder Dan Abrams) discussed this principle further and explained that there is no real blackletter law on the issue of barring the publication certain items.  However, he expressed his belief that “taken together, all the cases make it extremely unlikely that the Times could constitutionally be held liable for publishing such a newsworthy story . . . .” about a president.

So, the Times may be in the clear, but what about the reporter?   Is he covered by the First Amendment too?

This new era of mass communication enables billions of people to connect through Twitter and other communication means and there is a great deal that the law has not yet directly touched upon.  The Kristof tweet is arguably one such area, according to UCLA Law Professor Eugene Volokh, who told LawNewz this situation is a real grey area that could present some potential problems for Kristof, especially in the in the event a box shows up at Kristof’s offices at the Times in two or three weeks and it is full of 10 years of Trump’s tax returns.  There is no real clear answer on how far the law goes to hold one responsible for solicitating someone to act through a tweet.

Volokh explains that comes down to a question of “when does a call to someone to commit a crime get so specific that it crosses over into illegal solicitation?”  He further states there is an open question of  “what constitutes abstract advocacy, which is generally protected speech, and punishable solicitation.”

He also noted, as a general mater, “solicitation is a crime, even if no one acts on it.”

One the other hand, law professor John Banzahf takes a slightly different approach and reaches the conclusion that Kristof may, in fact, be protected, after all.

“Kristof might also argue that he is protected by a general legal privilege as a member of the working press since the Pentagon Papers case, which protects newspapers from publishing stolen documents, arguably implies that newspapers may not only receive such documents from wrongdoers, but actually encourage wrongdoers to make them available,” Banzahf said.

He also suggested Kristof could find protection in a 1969 case of Pearson v. Dodd where the D.C. Circuit Court of Appeals refused to hold two journalists even civilly liable for publishing “private incriminating documents wrongly taken from the files of a U.S. senator, even though they knew that the documents were wrongfully acquired by the leakers – and, although not expressly stated, may well have in some way invited the leakers to make the documents available.”

Banzahf said the court found the journalists were protected “because their actions are privileged by a public policy in favor of exposing wrongdoing.”

So, the answer, unfortunately, is not really clear and could go either way.  Nonetheless, it might be wiser (or safer) for Kristof to be slightly more careful with his Twitter account in the future, at least until there is some more clarity in this area of the law.

LawNewz also reached out other legal experts and will update this story accordingly when we receive additional responses.