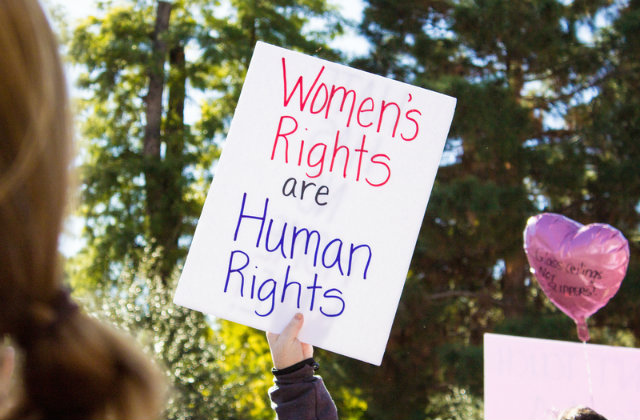 Hey, we’ve got good news for the random Virginia kids who somehow wandered onto our site. Alexandria City Public Schools are closed on March 8. That’s because over 300 staff members want the day off. And it just so happens to be the same date as “A Day Without a Woman,” a nationwide protest with strong anti-Trump roots. The school district suggests that it may something to do with it.

“Given the unusually high number of requests [<i>for a day off</i>], this may be attributed to the observance of International Women’s Day,” ACPS Superintendent Alvin L. Crawley wrote in a statement published Monday. “This day has also been deemed A Day Without Women.” He later added, “This is not a decision that was made lightly. We have been closely monitoring requests for leave on March 8, including communicating with school leaders and our education association. The decision is based solely on our ability to provide sufficient staff to cover all our classrooms, and the impact of high staff absenteeism on student safety and delivery of instruction. It is not based on a political stance or position.”

Students will not have to make up the day. Rec programs, early childhood programs, and after school activities will run as scheduled, however. The school district also apologizes to parents who are caught by the unanticipated closure, and may have trouble taking care of their kids for the day.

As said before, the protest coincides with International Women’s Day on March 8. It is strongly linked with left-wing politics, and is actually organized by the same people behind the Jan.21 anti-Trump Women’s March. The intent is to highlight the role that women of all backgrounds—including different income brackets, gender identities, and sexual orientations—play in society.

“The goal is to highlight the economic power and significance that women have in the US and global economies, while calling attention to the economic injustices women and gender nonconforming people continue to face.

Protest organizers recommend participants either take the day off from “paid and unpaid” work, avoiding shipping for one day unless it’s for small, women and minority-owned businesses, or wear red.

[image via Lindsay McLean and Shutterstock]