See The First Images From Inside Stephen Paddock’s Hotel Room 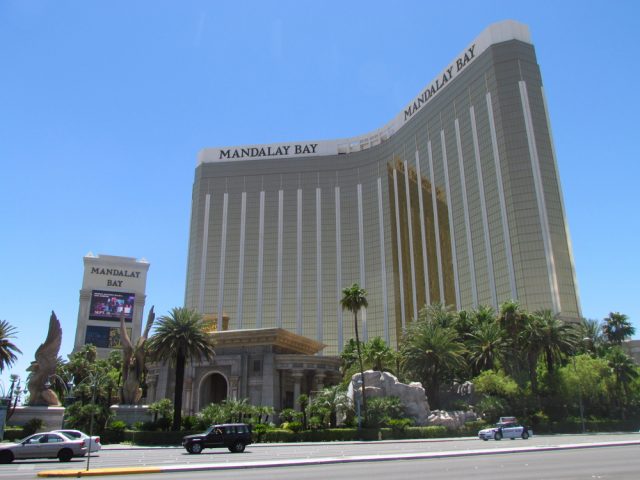 Images from inside Stephen Paddock‘s hotel room on the 32nd floor of the Mandalay Bay Resort and Casino have been made public.

A reporter with Boston 25 News, Jacqui Henrich, obtained those photographs early Tuesday morning. Henrich says she obtained the images via a source in Las Vegas.

Both of the photographs show guns lying on the floor of the hotel room.

The first image shows some sort of patterned fabric, a number of spent shell casings, what appears to be a partially-full magazine and a bipod likely used to stabilize the weapon during Sunday night’s attack.

Some commentators on Twitter have identified the gun as a direct impingement AR-15, however, the manufacturer is unclear.

The second image shows another of the shooter’s weapons. This photograph appears to show a gun equipped with a so-called bump stock. As has already been reported, Paddock likely used such a modification to turn his semi-automatic weapons into the functional equivalent of fully-automatic weapons.

In all, 23 different weapons are believed to have been used during the worst mass shooting in modern U.S. history.