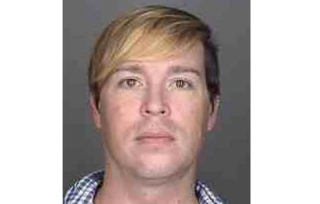 A teacher at one of the nation’s most prestigious public high schools is accused of sexually abusing three students, and the school district is apparently blaming the kids.

Christopher Schraufnagel, who was working as a drama teacher at Horace Greeley High School in Chappaqua, New York, allegedly sexually assaulted the three children, who at the time were all under the New York age of consent, which is 17. Schraufnagel is also accused of being drunk on the job and giving drugs and alcohol to the children, whose names are not identified in court documents due to their ages and the nature of the allegations.

The students, as well as some of their parents, are now suing Schraufnagel and the Chappaqua Central School District, who they blame for not taking the appropriate measures to prevent the abuse from happening. Their complaint, obtained by The Journal News, details Schraufnagel’s alleged conduct, and says that the school didn’t properly check for his relevant criminal history, take precautions to prevent the alleged abuse, or properly respond to the accusations.

Perhaps more shocking than the alleged abuse is how the school district responded to the students’ lawsuit. In their answer to the complaint, first obtained by The Daily Caller, the school district says that if the allegations against Schraufnagel are true, any damage or injury that the students suffered “were caused or contributed to by reason of [their] carelessness, recklessness, negligence and/or assumption of the risk.”

Basically, they knew what they were getting into.

Unfortunately for the students, New York courts don’t allow children to succeed in civil claims of sexual abuse based on age alone. While a young age protects them in the criminal justice system by punishing the offender, the civil courts don’t award the victims based solely on their age. Cases like 2012’s Romero v. City of N.Y., cite a long history rulings that hold that underage accusers have to show that there was force or intent by the offender to pressure the child or make them afraid.

While it remains to be seen whether the Supreme Court of New York will find that the students contributed to their own alleged abuse in the civil case, Schraufnagel is also facing potential criminal charges. He was arrested in October on five counts including sexual abuse, endangering the welfare of a child, and criminal sexual conduct.  He is expected to appear in court tomorrow in New Castle, New York.