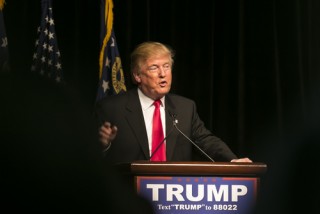 Donald Trump is seeking $10 million in damages from former senior campaign consultant Sam Nunberg, according to the Associated Press. The suit reportedly claims that the former aide broke confidentiality agreement that he had with Trump by leaking information to reporters.

It appears Nunberg filed suit against Trump to stay an arbitration proceeding pic.twitter.com/5jBVYxFVSg

According to Business Insider, Nunberg was fired in 2014 after advising Trump to participate in a BuzzFeed profile, but was rehired in 2015. He was terminated again later that year for racist comments he posted on Facebook, including some about President Barack Obama. Nunberg said at the time that he was not working for Trump’s campaign when he posted the remarks.