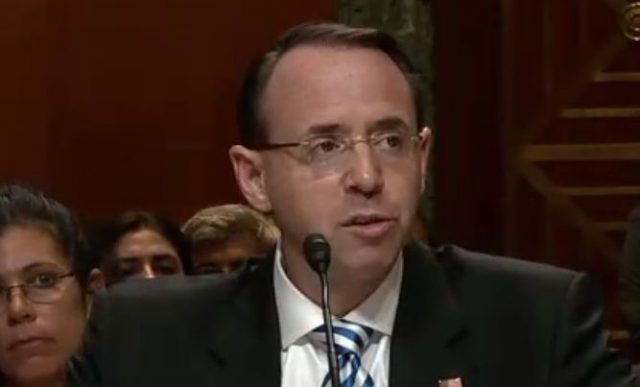 Deputy Attorney General Rod Rosenstein appeared before the Senate Appropriations Committee to address budgetary issues related to the Department of Justice. In a tangentially related question, Senator Jeanne Shaheen made reference to reports that President Donald Trump was considering firing Robert Mueller, the special counsel in charge of the investigation of Russian connections to the Trump campaign.

Senator Shaheen asked Rosenstein if he has seen any reason for Mueller’s removal. “No, I have not,” Rosenstein said, adding that Mueller will continue to have independence in his investigation.