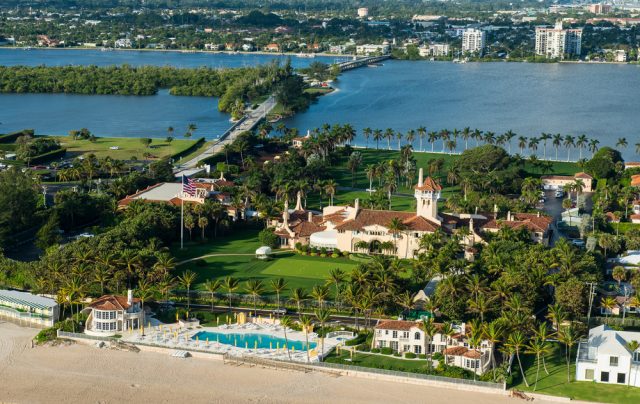 During the presidency of Barack Obama, Donald Trump was often one of his harshest critics when it came to spending time away from the White House. Well, it now appears that Trump will be taking his first vacation as president and it is expected to  possibly cost taxpayers upwards of $3 million.

“Well, the fact is, he takes more vacations than any human being I’ve ever seen. They used to complain about George Bush, but I understand he’s already exceeded George Bush and we’re not even through the year. So he likes vacation.”

He even added, “And we have a president that’s constantly — whether it’s Martha’s Vineyard or someplace else, constantly on vacation. I mean, all the time he’s on vacation! So I think it sends a very, very bad message. We have to work in this country to bring it back.”

Well, now that it’s his turn as Commander in Chief,  it appears that Trump may have changed his tune a little on presidential travel.  According to a new report in Politico,  President Trump’s upcoming trip to his “winter White House” — Mar-a-Lago–  could cost taxpayers up to $3 million.   And that’s just for a weekend trip to a home he already owns.

Just as they did with President Obama, the normally Conservative government watchdog group Judicial Watch has already put out a stinging statement promising to file a lawsuit if necessary so the American people can learn the true cost of the vacation.

LawNewz obtained a copy of Judicial Watch President Tom Fitton‘s statement in which he said he hopes Trump “reflects on the costs of doing that and sees if there’s any savings to be achieved.”

Fitton suggested Trump consider other locations, like Camp David (the “official” Presidential Retreat), “and see if he can make better use of that.”

He also expressed concern about constant back-and-forth travel between Washington D.C. and Florida, or even to Trump Tower in New York City, saying there are “real costs of going back and forth,” which is something Trump has said he will do during his presidency.

Other presidents including George W. Bush and Ronald Reagan both traveled to their private homes often during their respective eight years in the White House.  So, in that sense, Trump is not really doing anything that others presidents haven’t done before.

Perhaps it seems more grand with Trump because his properties are so high profile.

Judicial Watch said it will keep the public informed going forward of the status of any Freedom of Information Act (FOIA) lawsuit that it must file to obtain the true travel cost records.