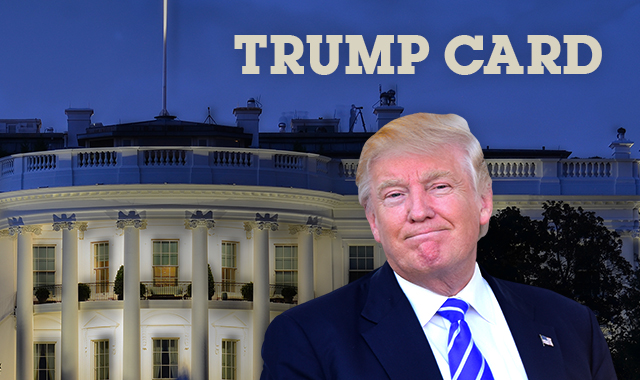 It’s tough to keep up, so we at LawNewz have taken the liberty of making things easier by providing a weekly list of top Trump legal developments. These updates will include executive orders, lawsuits and much more.  This will be our kick off edition, but expect to see a weekly update every Friday. If you’d like to review the update via email, sign up here.

Last Friday night, President Trump whipped out his executive power to require “extreme vetting” of refugees from seven [coincidentally, Muslim] countries. Over 100 refugees and their already-vetted families sat on tarmacs, visas in hand, while the order temporarily stopped them from officially entering the U.S. Some crafty lawyers filed emergency lawsuits, and Judge Ann Donnelly issued a Brooklyn-style stay of the Executive Order as it related to the folks at the airports. There has since been nearly 40 lawsuits filed against the Trump administration. Stay tuned for more Refugee v. Trump lawsuits clarifying the legality and scope of the order. Expect more press conferences from the Administration reminding us that this “isn’t a Muslim ban.”  It’s complicated, but here are the basics.

Remember those emergency lawsuits we were talking about? Well someone has to argue on the government’s behalf that the executive orders are a great idea. The only problem is that that’s the Department of Justice’s job, and Attorney General Sally Yates (an Obama appointee) was the head of the DOJ when this whole fiasco was going down. Yates refused to get onboard the Trump Train, and POTUS responded with a signature, “You’re fired.” And Yates left the boardroom to thunderous applause.

Gorsuch Gets a Rose

Trump’s hype-team created tons of buzz about the two finalists vying for the late Justice Scalia’s Supreme Court seat. Prime time on Tuesday night, Trump announced Neil Gorsuch of the 10th Circuit the winner, and it was later revealed that Thomas Hardiman, the runner-up, wasn’t even waiting in the green room. Conservatives are thrilled with Trump’s choice, as Gorsuch may have what it takes to out-Scalia even Scalia himself; Liberals, not so much.

Now that Judge Gorsuch has been crowned Mr. Scalia 2017, the Senate still must confirm him before he actually becomes the ninth SCOTUS justice. Senate Dems may choose to block his confirmation by using a filibuster, which could only be blocked by a 60-vote supermajority. So, not as easy for the GOP as they might hope. BUT, if Senate Republicans simply change the Senate rules back to requiring just a simple majority (that’s the “nuclear” part), they’ll get their confirmation without the messy hassle of listening to Chuck Schumer read the yellow pages. Downside? Confident as the GOP is, they know that they probably won’t always have a majority in the Senate. Change the rules now, and it may well backfire on them in a few years. Well, at least we’ve all agreed not to call it the “nuc-ular” option, which indicates progress from back when this whole idea first came up.

Executive Order-Palooza continued this week with Trump making good on his campaign promise to do major housecleaning in the area of federal administrative regulations. The order (kinda) dictates that for every new federal regulation adopted, two must be repealed. Given the difficulty of capturing the politics of administrative law in a clever meme, this particular order hasn’t gotten much press. But stay tuned for debates and lawsuits about the president’s misuse of executive authority.

And coming soon to a church/courtroom near you…

The draft of a new executive order was leaked yesterday, and this one is going to be a doozy. The working title is “Establishing a Government-Wide Initiative to Respect Religious Freedom,” and you know what that means: LGBTQs are getting stricken from the list of “people,” and sex, contraception, and abortions will all be deemed “against God.” Up is down, white is white, and discrimination is Christian.   Good times.