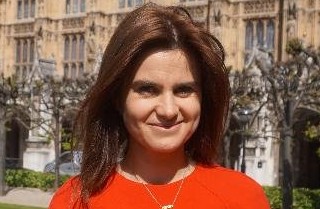 Thomas Mair, the alleged killer of U.K. politician Jo Cox, was a longtime supporter of a U.S.-based Neo-Nazi organization, The Southern Poverty Law Center reports. The 53-year-old bought $620 in books from the National Alliance, according to documents obtained by the SPLC.

On its website, the N.A. says, “We believe that no multi-racial society can be a truly healthy society, and no government which is not wholly responsible to a single racial entity can be a good government.”

Mair reportedly brought weapon-making tutorials from the N.A.’s publishing arm, National Vanguard Books: Chemistry of Powder & Explosives, Incendiaries, and Improvised Munitions Handbook. That last title includes instructions for how to make ammunition for a .38-caliber pistol. He also purchased, Ich Kampfe (I Fight), a handbook for new members of the original Nazi Party.

Cox, elected to Parliament in 2015, was stabbed, shot, and killed on Thursday in the town of Birstall, near the city of Leeds. She was an advocate for Syrian refugees seeking entry into the U.K. Local authorities arrested Mair in connection to her death.

The National Alliance was founded in 1974, and its publishing arm has become infamous for its output. Years ago, authorities discovered one book, The Turner Diaries, in the possession of Oklahoma City bomber Timothy McVeigh. The white nationalist novel depicts a race war and overthrow of the U.S. government.
–