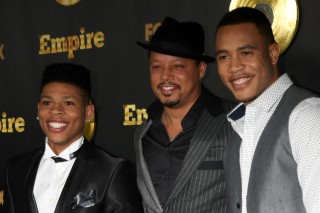 The hit TV show ‘Empire’ recently filmed at a juvenile detention center in Chicago, and the inmates weren’t too pleased. According to a federal lawsuit filed on Wednesday, the teen offenders claim they were allegedly placed on lockdown for the duration of the shoot, which lasted almost two weeks.

The lawsuit was filed on behalf of individuals who were residing at the Cook County Juvenile Detention Center in the summer of 2015 while the show was shooting the season 2 premiere, featuring actors Terrence Howard and Chris Rock. It says the kids were kept in cells and pods, disrupting their school schedule. Instead of having regular classes, teachers came to them, but they claim it was not as effective. “Their schooling continued in name only,” the complaint says, “visits from their families were interrupted, cut back, or effectively eliminated, sick-call requests were ignored, and programs that are intended to help them overcome the problems that landed them at the JTDC in the first place were cancelled or interrupted.”

The lawsuit was filed on behalf of two inmates, but it is seeking class action status to represent other inmates as well. The inmates are suing FOX, Cook County, and the warden. They’re looking for a cut of the advertising revenue that the show got, which they say was $750,000 per 30-second commercial for one episode that was shot there, and $600,000 for a second.