Report: FBI Neglects to Inform Americans They Were on ISIS ‘Kill Lists’ 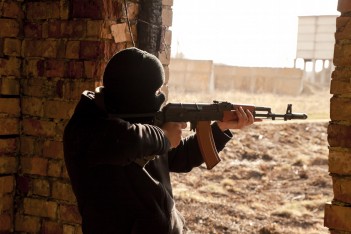 The FBI reportedly failed to notify hundreds of Americans that their names had appeared on ISIS “kill lists” posted online, according to a recent report.

Circa News reports that ISIS has post various lists on encrypted websites that contain the names of over 15,000 Americans living in New York, Texas, Florida and California that are suggested as potential targets for sleeper cells or “lone wolf” attackers.  According to the report the lists are not public, but the news outlet obtained copies and began contacting people to see if they were aware they were on the lists.  In Texas, 22 of the 24 people they contacted had not previously been told by authorities that they were listed.

One woman whose name appeared on the list agreed to an interview using the name “Amelia” to protect her identity.

“I had no idea I was on an ISIS hit list until you called me,” Amelia told the news outlet.

“It all made sense to me after you called. The Army didn’t give me any detailed information. I didn’t even get advice on how to protect myself but I took my own precautions, which included removing a lot of information from social media sites, changing my driving patterns and keeping my doors and windows locked,” she said.

Amelia, who is married to a member of the U.S. Army, said they received a vague warning in May from the Army, but she was not told anything about ISIS.  She says she was told the local Corpus Christi police department had been notified, however, the department said they never received a notification.

“We were not contacted by the Army or the FBI referencing the threat to our citizen,” Corpus Christi spokesman Chris Hooper said.

While Amelia at least received some notice, many of the others contacted had received no notice at all.

A woman in Austin expressed fear at the realization that she was on a terrorist kill list.

“I was terrified. We live in a different world and the Jewish community is a number one target of these radicals,” a woman in Austin, TX said. “I’m very upset that I was not notified by the FBI or local law enforcement.”

When contacted about the report, the FBI responded that they generally work with local law enforcement agencies to notify Americans when they appear on these lists, but they recognized that some may not have received notifications.

“The FBI routinely notifies individuals and organizations of potential threat information. We perform these notifications so potential victims are aware of possible threats and take appropriate steps. Those measures may include paying close attention to your surroundings at all times, protecting personally identifiable information, and immediately calling the local authorities if you observe something suspicious. The FBI will continue to work closely with federal, state, and local partners to keep the public informed of potential threats.”