Religious Groups to Argue Before Supreme Court For Exemption to Obamacare 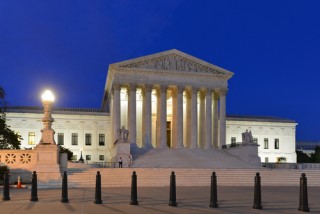 On Wednesday, the U.S. Supreme Court will hear arguments from religious groups seeking exemptions from a requirement under the Affordable Care Act to give employees health insurance that covers contraceptives.

Zubik v. Burwell and six related cases are scheduled for 90 minutes of oral arguments over whether non-profit organizations can use religious reasons to object to requirements to provide contraceptives under the Religious Freedom Restoration Act. This isn’t the first time that conservatives launched a legal attack at the Affordable Care Act, nicknamed Obamacare. The Supreme Court heard cases in 2012 and 2015 that challenged aspects of the law, upholding the Act both times.

In 2013, President Obama offered a compromise for religious organizations. It let them apply for the government to pay for contraceptives, while still providing them. The plaintiffs, all Christian groups, object to the compromise, saying that they would still have to authorize coverage for contraceptives, even if they weren’t paying for it. They argue that this violates their religious beliefs and the Religious Freedom Restoration Act, according to SCOTUSblog, without the government proving that it’s the least restrictive way to advance a compelling interest.

Each of the plaintiff organizations lost their cases in the lower courts. The Supreme Court may have been expected to rule in their favor prior to Justice Antonin Scalia’s passing. That’s because they ruled 5-4 in Burwell v. Hobby Lobby Stores, Inc. finding that family businesses that are run according to religious principles could claim exemption from the contraceptive requirement. With a vacancy on the high court that remains while the Senate refuses to hold hearings for nominee Merrick Garland, a 4-4 tie is likely. Should that happen, the lower courts’ rulings would stand.