Reagan Shooter John Hinckley to be Released After 34 Years 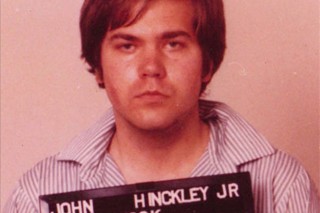 On Wednesday, a federal judge granted the release of John Hinckley Jr., the man who shot President Ronald Reagan outside the Washington Hilton hotel in 1981. Hinckley had been found not guilty by reason of insanity after a jury trial in 1982, but was committed to St. Elizabeths Hospital, where he spent more than 34 years being treated for mental conditions. He attempted suicide after the trial.

In addition to the President, Hinckley shot Presidential Press Secretary James Brady, Secret Service Agent Timothy McCarthy, and Metropolitan Police Officer Thomas Delahanty. Hinckley had an obsession with actress Jodie Foster, and on the day of the attack, he wrote her a letter saying that he would kill the President to impress her. He was diagnosed as having major depression and a psychotic disorder.

The hospital submitted a proposal for Hinckley’s “full-time convalescent leave” in December 2014. U.S. District Judge Paul Friedman‘s 103-page opinion said that Hinckley’s condition is “in full and sustained remission” and has been for more than two decades. Hinckley’s release comes with a number of conditions, under which the court, experts, and treatment providers believe “he will not be a danger to himself or others.” For the first year of his release, he will have to live with his mother in Williamsburg, Virginia. He has already had more than 80 successful unsupervised visits with family.