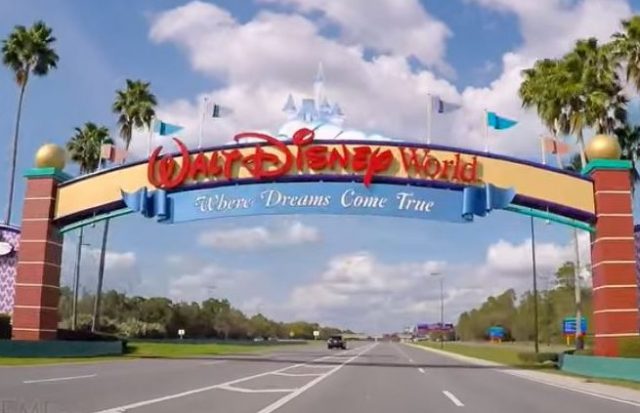 Noor Salman, the wife of Orlando nightclub shooter Omar Mateen, appeared in court for a hearing on Wednesday to determine whether she would be released before her coming trial. Salman is accused of helping Mateen scout locations for an attack and then lying about it. Before settling on the Pulse nightclub, prosecutors say Mateen asked Salman about targeting a location at the Walt Disney World Resort.

Prosecutor Sara Sweeney stated at the hearing that Mateen was considering attacking the Disney Springs entertainment complex, located near the famed Disney theme parks. Mateen allegedly asked Salman whether he would make more of an impact by striking there or at a nightclub.

A Disney spokesperson said in a statement obtained by the Orlando Sentinel, “We work closely with state and local authorities and constantly review the very rigorous security measures we have in place including canine units and law enforcement officers on site, as well as less-visible systems that employ the latest technologies in security.”

Charles Swift, Salman’s attorney, claimed that Salman was not aware of Mateen’s plans to kill people at the nightclub, and that she was the victim of abuse by her husband. Sweeney said that Salman watched Mateen leave their home that night with a gun and a backpack containing ammunition.

Salman, who moved to San Francisco after the Pulse shooting, is being tried in federal court in California. At Wednesday’s hearing, the judge ruled not to release her, and ordered her to undergo a psychiatric evaluation. Salman could potentially be released later, depending on the results of the evaluation.