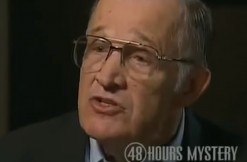 A Texas disciplinary board finalized on Monday the disbarment of former prosecutor, Charles Sebesta, who got the now-exonerated Anthony Graves a death sentence for a 1992 multiple murder. Graves spent 18 years in prison, 12 of those on death row for a crime he did not commit,  according to his Jan. 2014 complaint. He demanded that Sebesta pay for withholding important evidence during the trial, and the State Bar of Texas agreed to look into it.

This investigation on prosecutorial misconduct was based on when a federal appeals court overturned Graves’ conviction in 2010. The court found that Sebesta won Graves’ trial by doing things like withholding evidence and knowingly producing false testimony. (The show 48 Hours reviewed this case in the episode, “Grave Injustice.”)

It’s a long fall for Sebesta, who used to be district attorney of Burleson County. The bar tore away his law license back in June, stating he’d committed prosecutorial misconduct in Graves’ trial. Though Sebesta appealed their decision, he was shot down Monday, with the disciplinary board saying his actions were “egregious.” There’s no changing this either. Their decision is final.

“The bar stepped in to say that’s not the way our criminal justice system should work,” Graves said in the aftermath, according to The Dallas Morning News.

“This is a good day for justice,” he said.