Justin Ross Harris’ Fate is Now in Jury’s Hands, but I’m Convinced He Really May Be Innocent 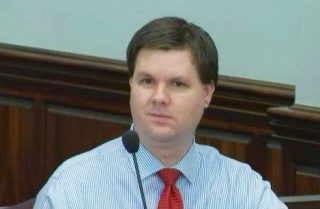 Before the murder trial of Justin Ross Harris began, I wrote a breakdown of what we could expect to see from the prosecution and defense in the case. Harris is charged with murder and cruelty to children for leaving his 22-month-old son Cooper in a hot car, where Cooper died. He is also charged with dissemination of harmful material to minors and attempted sexual exploitation of children for allegedly requesting and exchanging sexual images and messages with an underage girl. Well, both sides have presented their cases and given their closing arguments.While so many were quick to convict Harris before the trial started – so many, in fact, that the case had to be moved to a different county in order to find impartial jurors – a lot of people that we’ve talked to who are closely following the trial are leaning towards Harris not being guilty – at least not of murder. The evidence for the charges involving the underage girl appears to be strong, and Harris’ attorney didn’t even bother presenting a defense to them in his closing. But if that’s all the jury convicts him for, it’s basically a win for him, given that he’s accused of intentionally killing his son.

So how did this happen? How did a man who was universally despised now appear to have a real shot of being acquitted of murder? Well, based on information from hearings long before the trial started, a number of assumptions were made that turned out to be inaccurate.

Of course, some of the evidence certainly looked bad for Harris. The police consultant said that Harris had deleted his internet history shortly before the day of Cooper’s death, and a digital forensic specialist described Harris as “crafty,” because he “intentionally hid and deleted information.” Of course, deleting online history doesn’t make one guilty of murder. Sometimes, it’s done to make a web browser run faster or to get rid of other, non-murder-related things.

We did get confirmation that Harris did search for how to survive prison. Of course, for all we know, that was because he was exchanging sexually explicit messages and pictures with underage girls. The court heard from a woman who said she sexted with Harris when she was just 16 years old, exchanging sexual pictures of each other. Several other women who were over 18 at the time also testified regarding sexual relationships they had with Harris, including a paid escort. But several of these women even testified that not only did they know that Harris had a child, but that he would talk about Cooper and how much he loved him. So while these witnesses helped the prosecution when it came to the charges related to sending sexual material to a minor, they completely undermined their case for murder.

And that was really the biggest problem for the prosecution. So much of their case was damaged as soon as it was put forward. The women who were supposed to help formulate this theory that Harris wanted to get away from his family ended up saying the opposite. The jury learned that Harris was certainly a sleaze who cheated on his wife, but they also learned that he told his mistresses that he wouldn’t leave his wife because he loved his son too much. The online history that was supposed to contain so many smoking guns ended up firing mostly blanks. And even when decent evidence was revealed, it was often buried in the middle of long, dry, technical testimony that probably put the jury to sleep.

The whole case just reeked of poor planning. The order of witnesses made no sense (to be fair, moving the case out of Cobb County may have made scheduling difficult). But the length of some of the questioning was unnecessarily long, resulting in tedious testimony that I could barely stay awake for. Prosecution rule number 1: ask just enough questions to get the information you need for your closing argument and then stop. If it’s not important enough for your closing, it’s not important. Yes, some questions are necessary to lay a foundation or establish an expert’s credibility before getting to the good stuff, but there was a lot of overkill in this case.

You also don’t want to bore the jurors who you’re trying to swing to your side. Over the course of two days, the jury had to sit through discussion of a 3D rendering of Harris’ SUV, and it hadn’t even been shown yet. And all this for a simulation, when the jury already saw the car itself! When the 3D imagery was finally shown, it wasn’t worth the wait, in my opinion. The whole point was to give the jury an idea of the proximity of Harris to his son when they were in the car, to demonstrate the likelihood that he saw his son when he got out of the car. But it was made clear to the jury that the placement of the car seat in the 3D images wasn’t exact, so what good is it? Not only that, but in the images, the car seat looks to be farther away from the driver’s seat than what I had envisioned based on earlier testimony. Some things are better left to the imagination.

But most importantly, the prosecution overplayed the internet history. So much of that evidence was discredited, to the extent that even the stronger stuff was tainted in the process. The prosecutors knew the truth behind the Child Free message board and the video with the vet. They shouldn’t have used the Child Free message board at all, and the video with the vet was mentioned by Harris in his police interview, which the jury saw. It was important enough because it showed that Harris was aware of hot car deaths, but the prosecution didn’t need to harp on it so much, leaving the door open for the defense to poke giant holes in it. In the end, the evidence was so weak that they didn’t even use it in their closing argument.

Now, one might argue that in addition to malice murder, which requires intent to kill, Harris is also charged with felony murder, which is when someone dies as a result of a person committing a particular felony, in this case, cruelty to children. But he would still have to be found guilty of cruelty to children to get hit with felony murder. Harris is charged with cruelty to children in the first and second degree. The first degree charge still requires intent to harm the child. If the prosecution proved beyond a reasonable doubt that he meant to harm his son, the jury would convict him of malice murder anyway, so this charge seems extraneous. I also don’t think they proved their case for that, for the reasons discussed above.

Cruelty to children in the second degree doesn’t require intent to harm, but it does require criminal negligence, which in Georgia means, “an act or failure to act which demonstrates a willful, wanton, or reckless disregard for the safety of others who might reasonably be expected to be injured thereby.” This would mean that Harris did or didn’t do something, with the knowledge that Cooper could be hurt as a result. As defense attorney Maddox Kilgore said in his closing argument, this would still require Harris to know that his son was in the car in the first place. Since the prosecution’s whole theory of the case was that Harris intentionally killed Cooper, they’ve done nothing to prove criminal negligence.

When the trial started, I knew the defense had a decent amount to work with, because it’s difficult to prove a person’s intentions and all of the evidence was circumstantial. Still, the amount of evidence appeared to be overwhelming, and I initially expected Harris to be found guilty. Now, both sides have rested their cases and I think Harris will, or at least should be acquitted of the murder and cruelty to children charges. The defense did a great job in this case, but a poorly organized prosecution helped them a lot. So much had been made over Harris before the trial began, to the point where he had arguably become public enemy # 1, and all for something he really may not have done.

This is an opinion piece that was originally published after the prosecution rested their case, and has been updated after closing arguments concluded. The views expressed in this article are those of just the author.
Ronn Blitzer is an editor at LawNewz.com and a former prosecutor in New York City. Follow him on Twitter at @RonnBlitz.