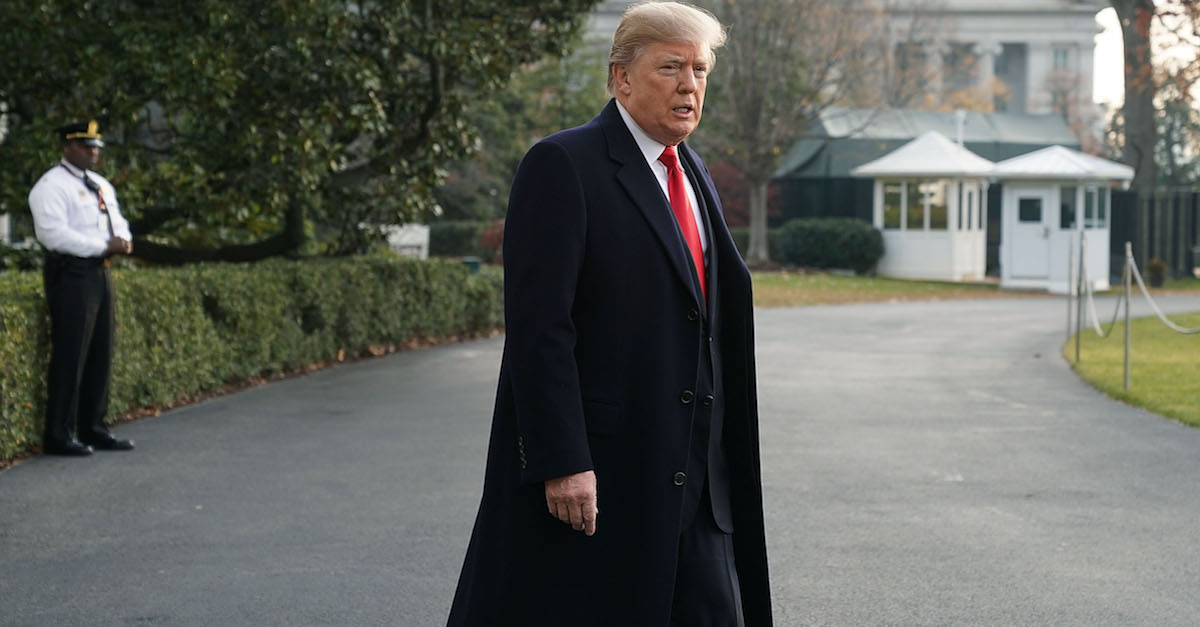 President Donald Trump has finally commented on the $130,000 Stormy Daniels payment, saying he had no idea the payment was made and forwarding all questions to his attorney Michael Cohen.

Trump made the comments on board Air Force One as he returned from a trip to West Virginia.

When asked pointedly if he knew about the Stormy Daniels payment, Trump replied “No.” When asked why his lawyer Michael Cohen made the payment, he said “ask Michael Cohen.”

Finally, when asked if he knew where the money came from, Trump said, “No, I don’t know.”

Trump claims he does not know where the $130,000 to pay off Stormy Daniels to keep quiet came from. He spoke to reporters on AF1 on flight back from West Virginia.

Video of the question and answer session is now circulating online.

NEW: Pres. Trump tells reporters he did not know about $130,000 payment to Stormy Daniels before the 2016 election. https://t.co/iM43w2tJSK pic.twitter.com/qmnpQDl8wE

Avenatti speculated that both attorneys were “forced to sit down by Mr. Trump.”

Where have the two legal geniuses of our time, Michael Cohen and David Schwartz, gone? Forced to sit down by Mr. Trump after repeatedly making a disaster of their case on national television and being mocked by every real lawyer in America? #didtheygotolawschool #basta

Avenatti reacted on Twitter to Trump’s comments about the payment, saying that he looks forward to “testing the truthfulness of Mr. Trump’s feigned lack of knowledge.”

We very much look forward to testing the truthfulness of Mr. Trump's feigned lack of knowledge concerning the $130k payment as stated on Air Force One. As history teaches us, it is one thing to deceive the press and quite another to do so under oath. #searchforthetruth #basta

Good (actually GREAT) things come to those who wait!!! The strength of our case just went up exponentially. You can't have an agreement when one party claims to know nothing about it. #nodiscipline #thanksforplaying #basta

Wall Street Journal reporter Rebecca Ballhaus and CNN both said that Trump “ignored” a question about setting up a fund for Cohen to draw money from.