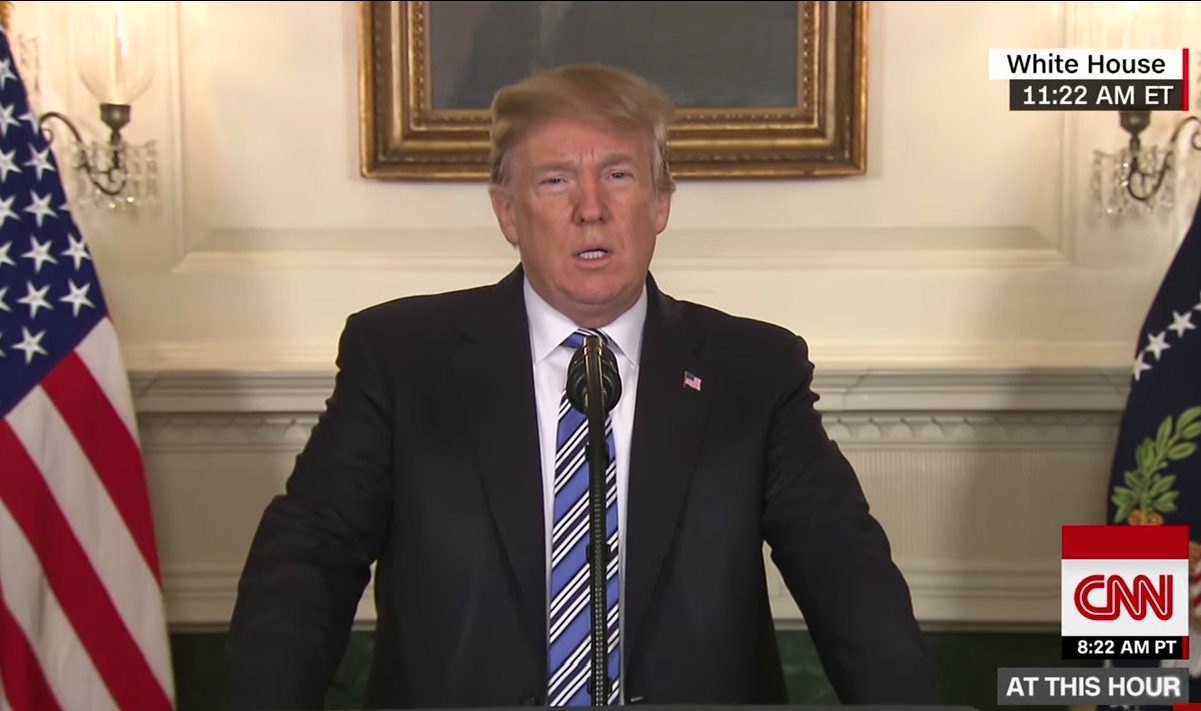 President Donald Trump appeared to try and control the narrative surrounding the recent indictment against 13 Russian individuals and three entities for an alleged plot to meddle in American politics before the 2016 election. The indictment, filed by Special Counsel Robert Mueller‘s office, described a years-long scheme that allegedly involved using false identities, fake social media accounts, and rallies to spread messages to the American public that were for and against various presidential candidates. In a tweet Wednesday morning, Trump seemed to imply that because President Barack Obama was in office at the time this went on, he and his administration are to blame.

Question: If all of the Russian meddling took place during the Obama Administration, right up to January 20th, why aren’t they the subject of the investigation? Why didn’t Obama do something about the meddling? Why aren’t Dem crimes under investigation? Ask Jeff Session!

“If all of the Russian meddling took place during the Obama Administration, right up to January 20th, why aren’t they the subject of the investigation?” Trump asked. “Why didn’t Obama do something about the meddling?”

Mueller’s indictment didn’t say anything about the U.S. government or any officials in the Obama administration aiding in the alleged activities by the Russians, so it’s unclear why Trump asked about them being investigated for anything. The last question in the tweet, “Why aren’t Dem crimes under investigation?” doesn’t appear to be related to the Russian indictment, but is likely a reference to what was alleged by Republicans in the Nunes memo. The memo accused the FBI of improperly using research funded by the Democratic National Committee in acquiring a FISA warrant against Carter Page, a former adviser to Trump’s campaign.

The criticism of Obama for not stopping Russia is in line with his recent claims that his administration has been tougher on Russia than his predecessor’s. Additionally, a tweet on Tuesday accused Obama of downplaying the possibility of a rigged election “because he thought Crooked Hillary was going to win and he didn’t want to ‘rock the boat.'”