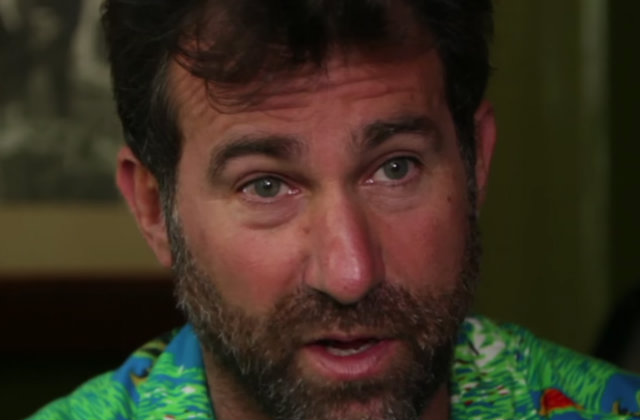 Another day, another sexual misconduct allegation. This time, it’s New York City restauranteur Ken Friedman, co-owner of Manhattan’s The Spotted Pig. Former employees at this and his other businesses spoke with The New York Times, and laid out a pattern of sexual abuse by him and others at the restaurant. It allegedly got so bad and pervasive that employees called the third-floor V.I.P. space “the rape room.” There’s where Chef Mario Batali allegedly groped and kissed an apparently unconscious woman.

Friedman’s alleged personal behavior goes like this: bar manager Amy Dee Richardson said he bit her waist in 2004 when he ducked under the bar; server Trish Nelson said he pulled her head toward his groin in 2007, and forcibly kissed her in 2012; server Natalie Saibel said he groped her butt and groin in a crowded room in 2015, and joked that he was searching her for a cellphone.

Other allegations including firing a woman because she got pregnant, subjecting employees to curse-laden tantrums over small things, demanding sex or naked pictures, and blackballing employees who stood up to him.

That last detail scared some employees from speaking out.

“I was terrified to tell anyone why,” said Nelson about the 2012 forcible kissing incident. “Ken bragged about blacklisting people all the time. And we saw it happen.”

Jamie Seet, a former manager at The Spotted Pig, said she didn’t face sexual misconduct from Friedman because she is a lesbian. But she described their working relationship, which for years, as abusive.

“I told him I felt like a battered wife,” she said.

When she resigned working for him, she was managing Friedman’s Tosca Cafe in San Francisco. In response to her quitting, he allegedly wrote her a curse-laden email threatening to blackball her from the industry. He made good on his threat, according to her story. She was hired to work at New York’s Santina restaurant, but the job offer got pulled back two days before she was set to begin. A senior manager told her that Friedman said not to hire her, she claimed, in an account that the Times corroborated with that manager and one of Friedman’s former assistants.

The restauranteur didn’t address individual allegations, but issued a broad apology and vaguely disputed the accuracy of some allegations.

“My personal and professional life was intertwined with our restaurants and our staff,” Friedman said in a statement. “I own my behavior which can accurately be described at times as abrasive, rude and frankly wrong. The women who work at our restaurants are among the best in the business, and putting any of them in humiliating situations is unjustifiable. Some incidents were not as described, but context and context are not today’s discussion. I apologize now publicly for my actions.”

He is taking an indefinite leave of absence from his restaurants.

The Spotted Pig is popular with celebrities. In fact, Nelson’s 2007 incident allegedly happened in front of comedian Amy Poehler.

“I have no recollection of this, but it’s horrible,” she told the Times.

The Times story named Celebrities like Beyoncé, Gwyneth Paltrow, Kim Kardashian, and Kanye West as visitors. Oh, and disgraced TV host Charlie Rose, who was a regular there. He actually wasn’t accused of sexual misconduct in this story. Someone who was, however: chef Mario Batali.

“We called him the Red Menace,” said Nelson. “He tried to touch my breasts and told me that they were beautiful. He wanted to wrestle. As I was serving drinks to his table, he told me I should sit on his friend’s face.”

Seet claimed that she saw Batali on a security camera groping and kissing an apparently unconscious woman at a 2008 party. She said she put a stop to this. This allegedly happened in the third-floor’s V.I.P lounge. You know, the one employees called the “rape room.”

Batali said he was sorry, though he claimed not to recall those incidents.

“Though I don’t remember these specific accounts, there is no question I have behaved terribly,” he wrote Times in an email. “There are no excuses. I take full responsibility and am deeply sorry for any pain, humiliation or discomfort I have caused.”

Batali faces other allegations made public Monday, and he apologized for those too. For a take on how statements like this might put him in legal jeopardy, click here.

For some of Friedman’s employees, all of this was par. Guests often groped female servers in the aforementioned “rape room,” according to employees.

[Screengrab of Friedman via VICE]