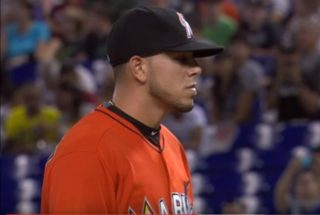 Police are investigating the American Social Bar & Kitchen in Miami, where Florida Marlins star pitcher Jose Fernandez was spotted shortly before he died in a boating accident, TMZ reported.

Sources reportedly said that while there was no physical evidence of alcohol at the scene of the crash, authorities are waiting for the results of toxicology tests of Fernandez and the boat’s driver, who also died, as well as one other passenger. Officials were said to be interviewing bar employees and looking into surveillance video to see if they had been drinking. A friend of one of the the other men on the boat told the Miami Herald that Fernandez was stressed that night after an argument with his girlfriend.

The accident took place early Sunday morning, when the boat, which was registered to Fernandez, crashed into rocks. Sources told TMZ that police obtained a search warrant to look into the boat’s GPS and electronics, to get information regarding the craft’s direction and speed at the point of collision.

Fernandez came to the United States from Cuba before beginning his MLB career with the Marlins. He was the 2013 Rookie of the Year and was on the National League All-Star team in 2013 and 2016.