People’s Court Judge Joseph Wapner Has Passed Away at 97 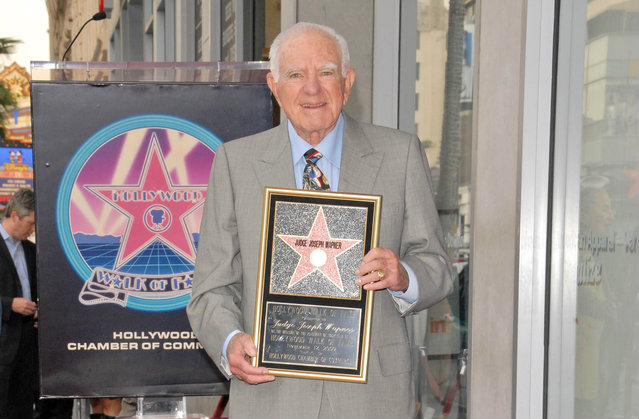 He served for 20 years as a California judge before retiring. But instead of staying home, he auditioned for a new show, The People’s Court, in 1981. Until a 1993 cancellation, he arbitrated real life small-claims cases between regular Americans. Assaults, broken contracts, property damage disputes, missing gem stones. (Incidentally, TMZ founder Harvey Levin was a long-time legal adviser on the show.)

Wapner earned a Purple Heart and Bronze Star for his service in World War II. He ended up receiving his JD from the University of Southern California Gould School of Law, and was later appointed to a LA Municipal Court judgeship in 1959, later going on to serve in Superior Court. He left the bench in 1979.

“I had accomplished as much as I thought I could as a judge, and I thought it was time to move on and do some other things,” he told The Los Angeles Times in an interview.

[Screengrab via s_bukley and Shutterstock]