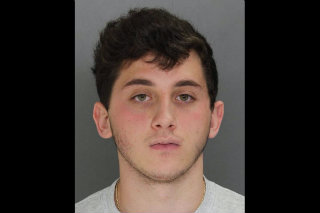 Back in December, Penn State student Nicholas Tavella made headlines when his attack of a peer made it to the preliminary hearing stage. The reason? Attempting to get out of an ethnic intimidation charge, which requires “malicious intent,” Tanella testified that while he was “racially profiling [the victim],” there was no “malicious intent” because he was incited by, among other things, “Donald Trump rhetoric covered in the media that may have incited fear of suspicious individuals.” At the time, it worked, but the prosecution refiled nine days later, and on Tuesday, according to a statement from the district attorney obtained by LawNewz, Tanella pleaded guilty to an ethnic intimidation charge.

The full list of charges that Tavella pleaded guilty to consists of not just felony ethnic intimidation but also misdemeanor terroristic threats, summary harassment, public drunkenness and purchase, consumption, and possession or transportation of liquor. It was an open plea, meaning that no deal was made for sentencing considerations.

On December 5, 2015, Tavella was following the victim, and randomly stopped him to ask “if he was going to rape a girl.” The victim, realizing that the situation was quickly escalating, tried to leave, only for Tavella to stop him. Tavella then followed up by asking “What are you, from the Middle East?” as well as threatening “Don’t make me put a bullet in your chest” and “if you get away, I’ll put a bullet in you” while grabbing the victim by the throat.