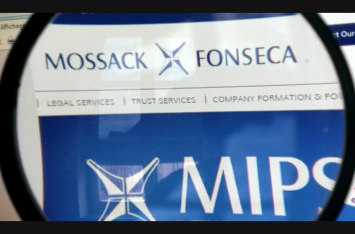 Mossack Fonseca, the Panamanian law firm at the center of a firestorm after the International Consortium of Investigative Journalists (ICIJ)published a massive leak of the law firm’s client files, is fighting back in Monday, claiming they did nothing illegal and that they may have been the victim of a data breach, according to a report at CNN.com

Mossack Fonseca released the following statement on Monday, via CNN:

“Our industry is not particularly well understood by the public, and unfortunately this series of articles will only serve to deepen that confusion. The facts are these: while we may have been the victim of a data breach, nothing we’ve seen in this illegally obtained cache of documents suggests we’ve done anything illegal, and that’s very much in keeping with the global reputation we’ve built over the past 40 years of doing business the right way, right here in Panama. Obviously, no one likes to have their property stolen, and we intend to do whatever we can to ensure the guilty parties are brought to justice.

But in the meantime, our plan is to continue to serve our clients, stand behind our people, and support the local communities in which we have the privilege to work all over the world, just as we’ve done for nearly four decades.”

So, what is the “Panama Papers” scandal all about?

According to Time, the approximately 11.5 million Mossack Fonseca documents that were leaked to the ICIJ show evidence of Mossack Fonseca working with major worldwide companies and banking institutions as part of an effort to help some of the world’s wealthiest and most powerful people set up off shore holding companies that, although legal, some argue can be used to hide wealth and avoid heavy tax payments.

Heather Lowe, the Director of Government Affairs for Global Financial Integrity in D.C. told Time, “The size of the leak is unprecedented, but the tricks … are neither new nor surprising. Anonymous shell companies and the failure of governments to require lawyers, corporate service companies, or banks to collect beneficial ownership information on clients leave the door wide open for dirty money to flow around the globe virtually unhindered.”

Time also writes that this story may have an impact on the upcoming presidential election as it highlights the 1% vs. 99% rhetoric that one often hears on the Democratic campaign trail.  Furthermore, it also highlights the issue of globalization — an issue that has stuck a nerve with both Sanders and Trump supports this campaign season.

“Voters are increasingly angry at the seeming transience of the financial/corporate/political elite,” Peter Atwater, a behavioral economist, told Time.  The 1% can move anywhere they want—and profit handsomely from the relocation, but the 99% can’t.

It is not just an issue in the U.S.  According to Reuters, the “Panama Papers” revealed financial information about Russian President Vladimir Putin, and several other wealthy European ministers and even some high profile professional  athletes.

Once again, setting up offshore accounts is not, in itself, illegal and Mossak Fonseca has reiterated that it has done nothing wrong and it is, in fact, the victim in all of this.

Mossak Fonseca released an even longer and more detailed statement and denial though the ICIJ.

It remains unclear who leaked the documents to the ICIJ.