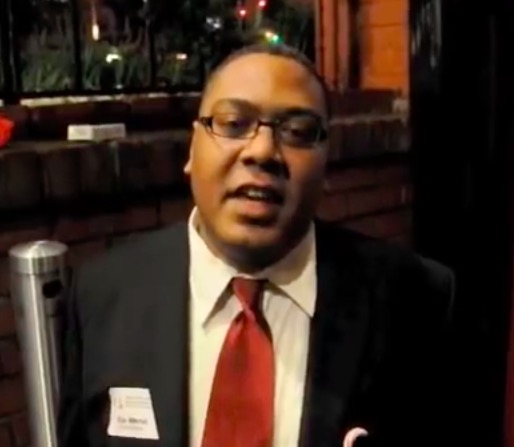 Above the Law Redline Managing Editor Elie Mystal penned a very controversial piece calling for black jurors to acquit suspects charged with a crime against a white man. And he means any crime. Murder. Assault. The list goes on. “Black people lucky enough to get on a jury could use that power to acquit any person charged with a crime against white men and white male institutions,” Mystal wrote. It’s jury nullification taken to a whole new level, and it’s already drawing quite a bit of attention. The concept basically gives jurors the constitutional power to say “not guilty” even if technically under the law the defendant did it.

Mystal, a Harvard Law grad and former corporate attorney, claims this may be the only solution to the injustice perpetrated against black people by cops and others.  “White juries regularly refuse to convict or indict cops for murder. White juries refuse to convict vigilantes who murder black children,” he said in a recent op-ed. The piece was partly in reaction to news that Officer Michael Slager got off (at least for now) when a jury deadlocked on murder charges after he killed Walter Scott in a widely publicized shooting caught on camera.

Here is a section from Mystal’s lengthy piece:

We can bitch and we can march and we can refuse to stay in Trump hotels. But until the system stops giving white people something they want — the orderly procession of justice — then they will not be motivated to change the system. I WANT CHAOS IN THE PROSECUTOR’S OFFICE. And you can’t accomplish that with a bomb or a gun….

But can you imagine a world where a prosecutor could get a conviction on, say, a hate crime, but couldn’t get a conviction against a guy accused of stealing a white man’s Mercedes? White people aren’t willing to indict a cop for choking a black man to death in broad daylight. Imagine if black people weren’t willing to indict a citizen for punching a white guy in the mouth?