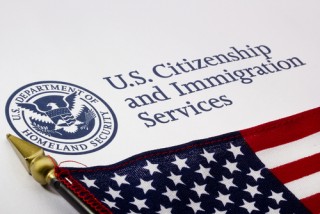 This is sure to get the anti-immigrant crowd riled up.  A new Inspector General’s report found that the U.S. government mistakenly gave citizenship to at least 858 immigrants who were supposed to be deported or came from countries with high rates of immigration fraud.

The immigrants with questionable backgrounds were not identified by name but reportedly all came from “special interest countries.” Those countries include those that pose a national security concern to America.

In a statement, the U.S. Department of Homeland Security said the report reflects issues that the agency has been struggling with. The agency placed the blame on old paper-based records containing fingerprint information that is not easily searchable.

In addition, the auditors found that 953 people had been naturalized despite having outstanding deportation orders. What’s even more troubling is that the audit by DHS Inspector General John Roth found fingerprints missing from the federal database for 315,000 immigrants. According to the AP, at least three of the immigrants who were mistakenly granted citizenship were able to get jobs with aviation or transportation credentials, allowing them access to secure areas. Those credentials were revoked after it was discovered they got citizenship improperly.

LawNewz will stay on this story, and update this article as we get more information.