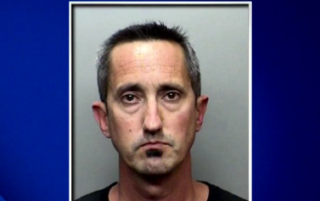 A nurse managed to get licensed in at least four states, despite allegations that he sexually assaulted nine women, Denver’s CBS4 reported. Thomas Moore, is accused of inappropriately touching patients under his care at medical facilities in Nebraska and Colorado between 2013 and 2015, many of whom he allegedly sedated with painkillers beforehand.

Moore was fired from jobs in Nebraska after multiple complaints were filed against him, but no arrest was made at the time. Since then, he acquired a license in Alaska, which he surrendered during an investigation of his history, then got licensed in Wyoming and Colorado, eventually getting a job at a hospital near Denver. After a background check, he lost that job, and then had his licenses in Colorado and Wyoming suspended in early 2016.

Moore wasn’t arrested until December 2015, and that was for an incident that allegedly took place in December 2013, according to Fox News. After the arrest for those allegations, the other reports came in from women in Nebraska and Colorado, and they too decided to press charges.

CBS reported that the reason why Moore was able to continue getting licenses and jobs is that states like Colorado do not require hospitals to report violations of nursing law, and the Colorado state nursing board cannot conduct criminal history checks when people apply for licenses.

Moore is scheduled to appear in court on some of the allegations on Monday.