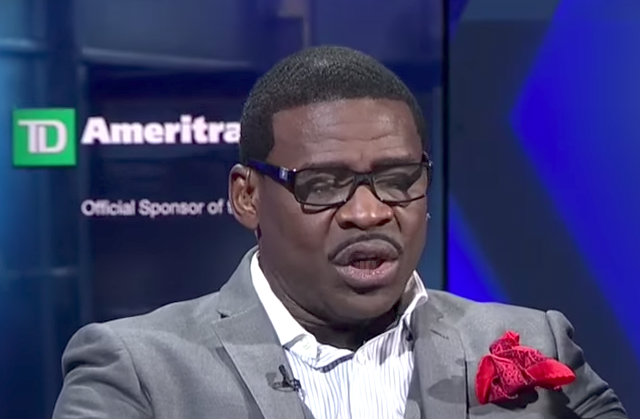 Broward County Assistant State Attorney Christine Adler wrote in a report that without additional corroboration of the accuser’s account, prosecutors “would not be able to prove beyond a reasonable doubt that a sexual battery occurred.”

A 27-year-old woman accused Irvin of drugging and sexually assaulting her at the W Hotel in Fort Lauderdale in March. The 51-year-old Irvin, who lives in Texas, denied the allegations. Irvin, who settled a sexual assault lawsuit in 2011, is scheduled to have a Monday afternoon press conference. He was elected to the Hall of Fame in 2007 and has worked as an analyst on the NFL Network.

According to Adler’s report, the accuser told investigators she had known Irvin for about seven years but they had a platonic relationship. The woman, whose name has been redacted, said she had texted the former University of Miami wide receiver a few weeks before their encounter and he told her he would be in Fort Lauderdale soon and would call her.

She said that on the day of their encounter, they agreed to meet at a bar at about 10:30 p.m., where she had two glasses of wine with Irvin, his friend who owned the bar and a friend of hers. She said about 2 a.m. the foursome went to another bar, where she had two more glasses of wine. She said that she, Irvin and his friend went back to Irvin’s hotel room. Irvin’s friend left shortly after.

She said she felt sick and thinks someone drugged her drink. She said she fell asleep on the room’s couch and woke up to Irvin on top of her trying to have sex. She said she pushed him off and told him “No,” but he tried again. She said he then grabbed his belongings and left, with her following him to the lobby where she demanded to know where her shoes were and grabbed his bag. He told her to go back to the room and get some rest, but she took Uber home. She told her allegation to a friend, who called 911 and then took her to the hospital. That’s where police took an initial statement.

But according to Adler, video shows the woman carrying a glass of red liquid as she enters the hotel with Irvin and his friend at about 3:30 a.m. She appears to sway a little and then dances in front of the elevators. The friend is seen leaving the hotel about a half hour later. He told investigators the woman didn’t appear sick or sleepy and had been jumping on the furniture. He said he warned Irvin that he didn’t trust the woman, but he said “Oh, we’re friends.”

Shortly after 6 a.m., she and Irvin are seen on video exiting the elevator. She does not appear to be upset, according to Adler. She then tries to grab a bag resting on his suitcase and they appear to be arguing. He goes toward the parking garage and she exits a side door.

Adler said investigators found no evidence of sexual assault in Irvin’s room or on the accuser’s body. Also, the accuser’s blood and urine tests showed she had cocaine, ecstasy and other drugs in her system.

Adler said the accuser’s foggy memory, inconsistent statements, drug use and the video “make this a case where there is not a reasonable likelihood of conviction.”