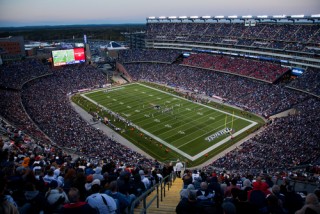 The NFL is claiming that a recent New York Times article, which described how the league based their concussion studies on incomplete data, is flat out wrong, and they want a retraction. Politico obtained a letter sent to the Times from league attorney Brad S. Karp saying their piece is “false and defamatory,” and demanding “that the story immediately be retracted.” Times sports editor Jason Stallman told Politico there is “no reason to retract anything.”

The story said that a league official admitted that not all teams submitted their data for the concussion studies because they were not required to do so. The Times said that over 10 percent of diagnosed concussion cases were not accounted for in the NFL’s studies. The article compared the league’s handling of their studies to how the tobacco industry operate.  The article further explored possible links between the NFL and the tobacco industry when it came to their methods, but acknowledged that they had “found no direct evidence that the league took its strategy from Big Tobacco.”

NFL Executive Vice President of Communications Joe Lockhart published a statement responding to the Times article, saying it “is contradicted by clear facts that refute both the thesis of the story and each of its allegations.” Lockhart brought up the Times’s acknowledgment that there was no evidence that the NFL’s strategy was inspired by or taken from that of the tobacco industry, saying “the paper published pages of false innuendo and sheer speculation based on a mere handful of anecdotal and cursory references, twisted and contorted out of context, from a smattering of documents out of millions found on the tobacco litigation website.” Lockhart then gave a thorough rundown of how the Times misconstrued the facts in their reporting.

Karp said in his letter that a “grand total of five pieces of circumstantial evidence, none of which—taken together or individually—comes close to establishing any meaningful ‘tie’ that reasonably can form the basis of the Times’s knowingly false and incendiary charge.”

It remains to be seen if the NFL will take legal action, but Karp’s letter requests “that the Times’s reporters and editors who worked on this story preserve their notes, correspondence, emails, recordings and work papers and all other electronic and hard copy documents generated or received in connection with their work.” This would indicate that in case the Times does not issue a retraction, the NFL wants to preserve the possibility of a lawsuit, and they believe those records could provide valuable evidence.