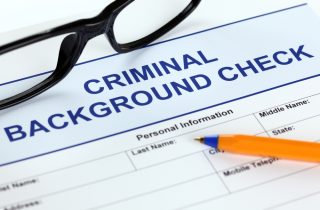 On Wednesday, the Office of the Inspector General (OIG) for the U.S. Department of Justice released the results of an audit they conducted on the FBI’s system of denying gun purchases via their National Instant Criminal Background Check System (NICS). While determining that “the FBI generally has an effective internal quality control process for conducting, assessing, and discovering errors in the NICS background check process,” the report also identified problem areas.

The way the NICS system works is that when a person attempts to buy a gun from a federally licensed vendor, they first answer a questionnaire. If they complete it without any disqualifying responses, the background check process begins.

Perhaps the most significant problem, and one with a clear solution, is that there are databases that the NICS system can’t access. NICS primarily gets their information from three data sets: the Interstate Identification Index, the National Crime Information Center’s records of protective orders and active warrants, and the NICS Index of “prohibited persons” such as illegal aliens, people who renounced their citizenship, substance abusers, and people who have “been adjudicated mentally defective.” They do not use the National Data Exchange (N-DEX), which compiles “federal, regional, state, local, and tribal justice agency data.” The OIG cited a report from the FBI’s Inspection Division, saying that if the FBI had been using the National Data Exchange (N-DEX), they could have prevented Charleston shooting suspect Dylann Roof from buying a gun. The FBI told the OIG that as of August 2016, NICS did not have access to N-DEX, and that they would need approval from the Advisory Policy Board and a regulation change in order to use it.

Once a background check begins, the FBI has three days to approve or deny the sale. If they don’t give their decision in that time, the vendor has the option of selling the gun or waiting for a decision. If the FBI doesn’t approve or deny the sale within 90 days, the request gets deleted from the NICS system. The audit showed that from fiscal year 2003 through May 2013, roughly 1.3 million out of about 64 million background checks (approximately 2 percent) were kept open or pending long enough that they were deleted from the system.

One issue related to this is that background checks often involve reaching out to outside agencies for research, and the FBI’s system doesn’t provide for tracking the progress of these cases or automatically following up with second requests. So if an external organization is supposed to research a buyer but isn’t doing it fast enough, the FBI doesn’t always bug them to get it done in time.

Another problem that the OIG discovered was that on occasion, the FBI doesn’t deny a purchase until after it’s already gone through. There are a number of reasons why this happens, including sales that go through when the FBI didn’t issue a denial within the three-day period, sales where the vendors didn’t follow the rules, and sales that were approved at first and then later denied.

When this happens, the Bureau of Alcohol, Tobacco, Firearms and Explosives (ATF) examines the denials and retrieves the weapons. But the OIG found 2,813 times that the ATF didn’t try to retrieve guns because they disagreed with the FBI’s denial. Sometimes that was due to the buyer having been convicted of a felony (which would prohibit them from buying a gun) that was later reduced to a misdemeanor (which would not), or was overturned altogether. But other situations arose where the ATF and FBI disagreed as to the definition of a “fugitive from justice,” which is a category of prohibited buyers. This disagreement has yet to be resolved, despite going on for years. The report said, “Although raised to DOJ’s Office of Legal Counsel in 2008, no decision had been rendered for over 7 years at the time of our review.”

Despite these issues, the report found that only “a relatively small volume of errors” occurred. However, the OIG acknowledged, as learned from the Charleston incident, that “even one or a small number of errors can have tragic consequences.”