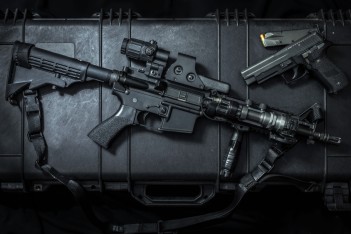 A new Gallup poll released on Friday reflects the expected wide partisan divide on everything from how people view the Orlando attack to the proper approaches to preventing such an attack from happening again. However, it also shows a rather surprising contradiction in at least one area of the overall American public’s views on how to prevent future incidents like this from happening again.

First, the poll shows 79% of Republicans see the incident primarily as an act of Islamic terrorism, while 60% of Democrats say it was primarily an act of domestic gun violence. Thus, as we seemingly cannot even agree on what happened, it shouldn’t come as a surprise that there is little agreement on how to prevent future attacks. For instance, 70% of Democrats agree that a new law limiting ammunition magazines to 10 rounds or less would very or be somewhat effective in preventing future incidents like Orlando, while only 32% of Republicans agree with that position.

Now, this is where the data gets a little strange and we end up with an apparent contradiction in views on gun control.  Approximately two-thirds of Americans overall support both changing state laws to allow more people to carry concealed weapons and– at the same time — passing new laws that make it harder to purchase “assault weapons.”

In other words, Americans (at least as reflected in this poll) appear to want to make it harder to purchase “assault rifles” while also allowing more people to be armed with concealed weapons.

Finally, there is at least one area of general agreement across the political spectrum that has support of 75% of Republicans, 80% of Independents and 84% of Democrats. That is the issue of banning gun sales to people of the “federal no-fly terrorism watch list.” Unfortunately, this seemingly lone area of unity to come out of this terrible event might not result in much action because it is an oddly worded question. The Federal No-Fly List and the Terrorist Watchlist are actually separate lists, according to a public FBI memo.

Nonetheless, the Senate does appear poised to move forward with some sort of attempt at legislation related to keeping the guns out of the hands of terrorists.  Time will tell what happens next.