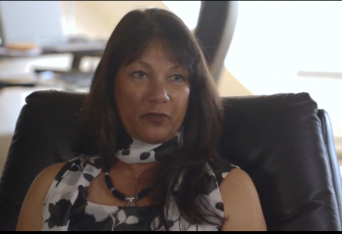 A former CIA officer alleged to have been involved in the now notorious botched “extraordinary rendition” of Abu Omar in Italy in 2003 claims the Obama administration, and specifically, then Secretary of State Hillary Clinton, abandoned her as she faces the possibility of a jail in Italy.

Sabrina De Sousa was convicted in absentia by an Italian court in 2009, along with almost two dozen other suspected CIA officers and one Air Force officer, according to Fox News.  De Sousa is currently in Portugal where she awaits possible extradition to Italy where she faces a four-year prison sentence.  If she is extradited to Italy and jailed, she will become the first U.S. CIA officer to serve time in prison over the controversial rendition program.

De Sousa’s former attorney, Mark Zaid, told Fox News that De Sousa was highly critical of Clinton.  According to Zaid, his firm made “multiple efforts” to contact the State Department during Clinton’s tenure on DeSousa’s behalf, but “every time [they] were completely rebuffed with silence.”  It was during Clinton’s tenure that De Sousa was convicted in absentia and she claims to have looked to the State Department for help to clear her name.  Zaid accuses the State Department of “deceptively” classifying one of his letters “to limit his ability to create a public furor over how Sabrina had been and continues to be mistreated.”

At the time of the rendition back in 2003, DeSousa was working under diplomatic cover in Milan, but claims she was with her son on ski-trip over 200-miles away from Milan on the day of the operation.

Despite her conviction, De Sousa continued to travel outside the United States and in October 2015 she was arrested in Portugal.  Earlier this month, a Portuguese court upheld Italy’s extradition request and she is due to be transferred to Italy, but it is unclear when that will happen.

Clinton reportedly has not addressed the matter publicly and campaign spokesman Glen Caplin told Fox News to address “any questions to the U.S. government agencies” after saying they “cannot comment on the specifics of a case that is working its way through the legal systems of two other countries.”

When Fox News then reached out to a State Department, however, they were told State was aware of the issue and a spokesman issued this statement:

In a recent interview with Vice News, De Sousa was even more critical of Clinton.  She described a letter she wrote to Clinton, pleading for the then Secretary of State to intervene in her case.

“I wrote [sic] that letter to Secretary Clinton because as secretary of state, she had the authority to be able to invoke diplomatic immunity on my behalf…. Secretary Clinton is tenacious, a fighter…. I never heard back from [Clinton] at all,” De Sousa told Vice News.

She added, “This is a really bad precedent-setting move for all federal employees, especially those assigned overseas. When you go overseas and you don’t have the protections you think you need and deserve over there, it’s a little bit scary.”