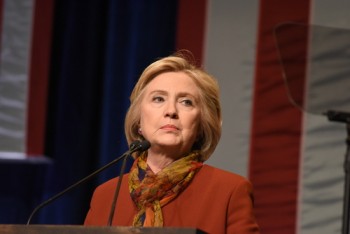 There were new calls on Thursday for a special prosecutor in the Clinton email investigation amid reports that former President Bill Clinton met privately with Attorney General Loretta Lynch earlier this week in Phoenix.

The legal watchdog group Judicial Watch requested that the Department of Justice Office of the Inspector General investigate the meeting on the grounds that, at the very least, the meeting gives the appearance of impropriety.  The FBI and, ultimately the DOJ, will likely soon have to make a decision as to whether or not to charge Hillary Clinton with a crime over her use of a private email server.  Judicial Watch cites a number of statutes, regulations, executive orders and the United States Department of Justice Ethics Handbook for On and Off-Duty Conduct, 14 Principles for Ethical Conduct that states:

In a segment with host Jake Tapper on CNN on Thursday, Donald Trump supporter Kayleigh McEnany addressed issue, saying the incident clearly gives the appearance of a conflict of interest and called on Attorney General Lynch to recuse herself.  GOP Senator John Cornyn of Texas also raised the issue with a tweet on Thursday:

Lynch & Clinton: Conflict of interest? An attorney,cannot represent two parties in a dispute and must avoid even the appearance of conflict.

Lynch said the two only exchanged pleasantries. Several Democrats also expressed concern about the optics of the meeting, especially given the ongoing investigation.  David Axelrod, a former advisor to President Obama, sent out a tweet expressing his concern:

I take @LorettaLynch & @billclinton at their word that their convo in Phoenix didn’t touch on probe. But foolish to create such optics.

LawNewz.com reached out the NYU School of Law School legal ethics professor Stephen Gillers who said he does not think Attorney General Lynch did anything wrong, nor does he think she should have to recuse herself.  However, he did recognize that the meeting risks undermining the public’s perception of Lynch’s ability to be impartial in the case.

“President Clinton displayed remarkably poor judgment in boarding Lynch’s plane,” Prof. Gillers said.  “Lynch may have to make the final decision whether to convene a grand jury or bring charges against Hillary Clinton or her aides in light of Mrs. Clinton’s private server. Clinton’s behavior risked a threat to the public’s perception of Lynch’s independence, which is essential for confidence in any decision she will have to make. His conduct fuels suspicion that the Clintons expect and get special treatment, that they don’t have to follow the usual rules.”

He added, “Lynch could hardly decline to talk to the former president, much as she would have wished to avoid him. Basically, he cornered her. All she could do was ensure that the conversation did not stray beyond social pleasantries and she has assured the public that it did not…. If it happens again, however, she should be rude and tell Clinton to get off her plane.”