Monster and Other Energy Drinks Can Ruin Your Health: Lawsuit 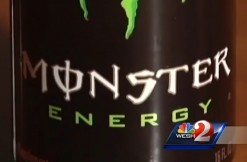 Energy drinks can cause almost fatal conditions, according to the attorneys heading five separate lawsuits filed Monday in California. One of the defendants is the Monster Beverage Corporation.

The firm Morgan & Morgan held a press conference Monday, saying their clients suffered from things like heart attacks, kidney failure, and brain damage because of energy drinks like Monster. Now they’re saying that these products should be regulated, and they report they’re investigating claims by over 100 people who say energy drinks caused them significant harm.

Attorney Alex Felix spoke about client Joel Rine, 43, who drank six Monster Energy drinks a day before suffering a stroke, according to My News.

“Mr. Rine has suffered from impairments to his vision. He now walks with a limp, his speech has been significantly slurred, all things you don’t expect from an otherwise, healthy 43-year-old,” Felix said.

“Because of the amount and ability for this thing to be toxic, it should be regulated, similar to alcohol and tobacco, where it’s adults making these choices,” said attorney Mike Morgan.

As for the Monster Beverage Corporation, they said Rine’s suit “is a copy-cat case filed by personal injury lawyers (in conjunction with the same attorney who filed prior cases) trying to make a cottage industry out of suing energy companies,” according to a statement obtained by My News.

The statement suggests they’ll prove Rine had a preexisting condition. They also cited studies by the FDA, Health Canada, and the European Food Safety Authority, which apparently okayed ingredients found in energy drinks.

“Monster is confident in the safety of its products and stands by them,” the company said in a statement.

Dr. Todd Husty laid out the medical question in a talk with WESH.

“There have been previous settled suits, and previous thrown-out suits because of claiming that the caffeine caused certain problems,” said the medical director for Seminole County, Florida. “But what gets questioned always is what preexisting conditions did the patient have?”