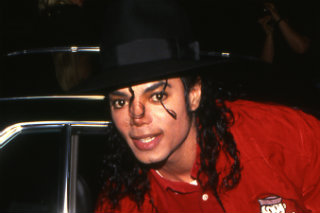 Just a few weeks after being sued in Florida by Dr. Phil and his wife Robin, American Media Inc., the parent company of The National Enquirer, Radar Online, and Star Magazine, has been slapped with another lawsuit, this time in Los Angeles. LawNewz sister site Gossip Cop is among many outlets reporting that TJ, Taj, and Taryll Jackson, the nephews of the late Michael Jackson via his brother Tito, have filed a $100 million defamation lawsuit over a story that Radar published in June.

The story  was called “EXCLUSIVE” and titled “Jacko Betrayed! Sex Perv Singer’s Family Turned Against Him In Abuse Probe.” The article claimed that, according to one source, “authorities even worried that [Michael] may have victimized his own relatives!” It directly quotes a private investigator “with direct knowledge of the raids” on Michael Jackson’s Neverland Ranch as saying that  “the report cites Michael even used sexy photos of his own nephews, who were in the band 3T, in their underwear to excite young boys.” Oddly enough, the source even went on to claim that at one point, Michael wrote a letter to the boys’ (now deceased) mother to point her to an article about how “molesters of children” are often family members.

According to The Hollywood Reporter, the complaint says that “Radar’s statements were entirely false and defamatory” being that none of the plaintiffs “[were] ever sexually abused by Michael Jackson or ever had any sort of sexual contact with him.” According to the plaintiffs, Radar refused to correct or retract the article, giving readers the impression that “[the] plaintiffs knowingly allowed themselves to be photographed in salacious, lascivious poses and that they know or should have known that their photos would be, or at least could be used ‘to excite young boys.'”

The article at issue in the new lawsuit came just four days after another Jackson-centric article went viral: “Paedo Proof? Never-Before-Seen Cop Reports Expose Michael Jackson’s Sick Secrets.” Based around the above video of the raid on the Neverland Ranch and police documents stemming from the raid, it included this quote from an unnamed investigator on the case that sums up the whole piece: “The documents exposed Jackson as a manipulative, drug-and-sex-crazed predator who used blood, gore, sexually explicit images of animal sacrifice and perverse adult sex acts to bend children to his will,”

However, since the publication, the original PDF file of the report  linked from the article (archived here by Scribd user Andrade Catrinoiu), “mj-docs.pdf,” was deleted, and replaced with a new version “mj-docs-signed.pdf,” which is 27 pages shorter. The report pages appear to be the same, but it’s missing the photos sprinkled throughout the original upload. The “Paedo Proof?” Radar article has no update or correction notice explaining the change, but it may have to do with what police told Vanity Fair in this update added to the top of their article about the Radar report (emphasis ours):

A representative from the Santa Barbara County Sheriff’s Department gave Vanity Fair the following statement regarding the documents:

As for the lawsuit and the Radar article about Jackson’s nephews, AMI has issued the following statement:

It’s curious and revealing that plaintiffs have not attached the Radar article to their complaint. The article does NOT accuse Michael Jackson of molesting his nephews, nor does it accuse them of accepting a bribe. The Radar article clearly states that detectives reported that Michael Jackson may have used photos of his nephews ‘to excite young boys.’ This theory was, in fact, presented by the prosecution during Michael Jackson’s 2005 criminal trial. Radar looks forward to correcting plaintiffs’ misstatements in a court of law.