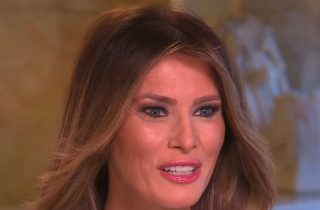 After Melania Trump’s defamation lawsuit against the Daily Mail’s parent company got thrown out of a Maryland court, she’s trying again up north. The First Lady refiled the complaint on Monday with the Supreme Court of the State of New York.

They want redress for a story Mail Online published in August, which claimed she once worked as an escort.

“As a result of Defendant’s publication of defamatory statements about Plaintiff, Plaintiff’s brand has lost significant value, and major business opportunities that were otherwise available to her have been lost and/or substantially impacted,” they wrote.

The Daily Mail retracted their story after the complaint was originally filed in Maryland. Trump originally sued them there, but a judge dismissed that claim on Friday because that company simply didn’t have enough ties in the area for the court to have jurisdiction.