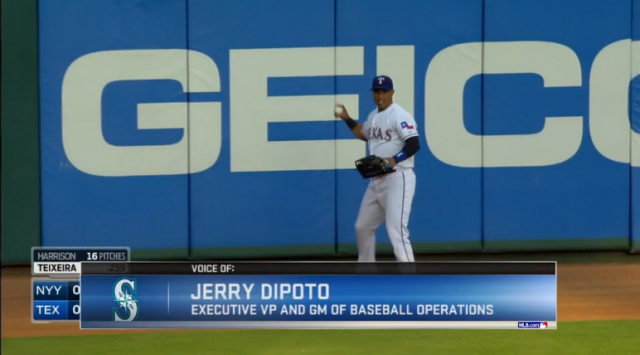 MIAMI (AP) — Seattle Mariners outfielder Leonys Martin told a Miami jury Tuesday he crossed the U.S.-Mexico border without any valid papers because he feared being kidnapped or worse after he was smuggled from Cuba by a group linked to a sports agent and a baseball trainer.

Martin’s testimony came in the federal trial of Bartolo Hernandez and Julio Estrada, who are charged with conspiracy and alien smuggling. Martin told jurors he crossed at Laredo, Texas, in April 2011 after agreeing to a five-year, $15.5 million contract with the Texas Rangers.

“My life was in danger in Mexico,” Martin testified. “My safety was at risk.”

Like other Cuban players who have testified in the case, Martin said he was whisked away from Cuba in 2010 by speedboat to Cancun, Mexico. Cuban players must establish residency in a third country in order to sign lucrative free agent contracts with Major League Baseball in the U.S.

While in Cancun, Martin said “eight or nine” men who said they were armed broke into his apartment with a crowbar and pressured him to leave with them. Martin refused and the men eventually left, but he said the alleged smuggling ring decided after that to relocate a group of players to Monterrey, Mexico.

“The people were looking for us so we had to put some distance between them and us,” Martin testified. “It was a difficult moment. We knew what bad things could happen.”

While in Monterrey, a kidnapping attempt was made against one of the smugglers but he managed to escape out the back of his house, Martin said.

Meanwhile, Martin had signed contracts obligating him to pay Hernandez 5 percent of his MLB deal and the alleged smuggling ring 35 percent. He was also given Mexican residency papers claiming he had a job as an “auto mechanic and painter” that Martin said was false.

With the Rangers agreement done and while awaiting a visa to come to the U.S., Martin said the group decided he should simply walk across the border. At the time, Cubans who reached U.S. soil were generally allowed to remain, a policy since revoked by former President Barack Obama.

Martin acknowledged giving false information in an interview with a Customs and Border Protection officer, such as a claim that he was seeking political asylum, but he was released into the U.S. without incident.

“I was afraid and I was prepared to say what I had to say,” Martin said of the interview. “We were afraid that I would be kidnapped, and that’s why we decided to cross the border.”

Martin also decided not to pay the full amount to the alleged smugglers or to Hernandez, leading to a lawsuit and other legal action. He paid them about $1.5 million combined, according to court documents.

“That first year I paid them a whole lot more than what they had done for me,” Martin testified.

The trial is expected to last a few more weeks. Hernandez and Estrada’s lawyers insist the men were not operating a ballplayer smuggling ring but running legitimate baseball businesses aimed at getting Cubans to the big leagues.

Two of the smugglers involved closely with Martin, Eliezer Lazo and Joel Martinez, previously pleaded guilty in a separate U.S. case and are serving prison time. Both are listed as prosecution witnesses in this trial.

Martin, 28, played for the Rangers from 2011 to 2015, when he was traded to the Mariners. A center fielder, Martin batted .247 with 15 home runs, 47 RBIs and 24 stolen bases last season. Mariners officials say Martin is being permitted to report to spring training late because of the Miami trial.

This article was written by Curt Anderson, Associated Press.