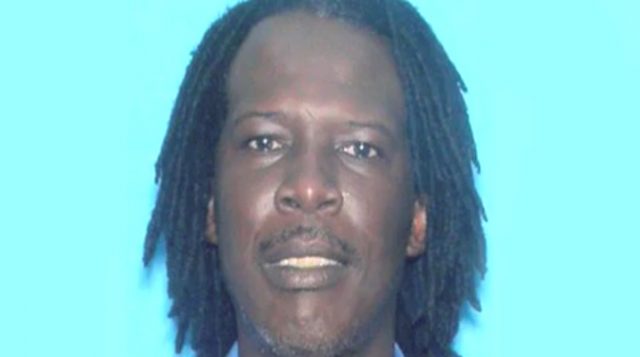 KISSIMMEE, Fla. (AP) — A suspect in the fatal shooting of two police officers in Florida will be staying in jail after a judge denied him bond Sunday, saying there was probable cause for his first-degree murder charge

Everett Miller wore handcuffs and shackles during a first-appearance hearing that lasted a minute and a half. When it was over, he said, “Thank you, your honor.”

Miller, 45, also is facing charges of resisting arrest and carrying a concealed weapon. Other charges likely will be filed.

Meanwhile, detectives said they were looking for a person of interest as they proceed in their investigation.

Detectives emphasized that Maribel Gonzales King is not a suspect, but they said she was known to frequent the neighborhood where the police officers were shot Friday night. They were seeking the public’s help in locating her.

During a patrol late Friday of a neighborhood with a history of drug activity, Baxter was “checking out” three people, including Miller, when the officer got into a scuffle with Miller. Howard, his sergeant, responded as backup, said Kissimmee Police Chief Jeff O’Dell.

The officers didn’t have an opportunity to return fire.

Sheriff’s deputies with a neighboring law enforcement agency later tracked Miller down to a bar and approached him. Miller started reaching toward his waistband when the deputies tackled and subdued him, O’Dell said. They found a handgun and revolver on him.

Miller, 45, was a Marine veteran and was recently involuntarily committed for a mental evaluation by the Osceola County Sheriff’s Office. The early stages of the investigation shows that Miller had made threats to law enforcement on Facebook, O’Dell said.

Baxter, 27, had been with the Kissimmee Police Department for three years. He was married to another Kissimmee police officer and they have four children.

Howard, 36, has served with the Kissimmee Police Department for 10 years. He and his wife have one child.

The officers were fatally shot in a district where the top prosecutor says she will no longer seek the death penalty. State Attorney Aramis Ayala announced earlier this year that she wouldn’t seek the death penalty, explaining it’s not a deterrent and it drags on for years for the victims’ relatives. The announcement came as her office was building a case against Markeith Loyd, who is charged with the fatal shooting of an Orlando Police lieutenant.

But Gov. Rick Scott on Saturday evening issued an executive order removing the case from Ayala and reassigning it.

Scott and Ayala are in a legal battle over the matter before the Florida Supreme Court. Ayala argues Scott is overstepping his authority by taking away cases eligible for the death penalty. The high court has yet to make a ruling.

A spokeswoman for Ayala didn’t respond to an email inquiry seeking comment.