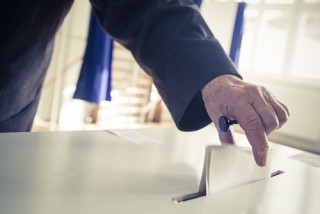 With primaries taking place on Tuesday in Arizona, Idaho, and Utah, many citizens who once lost their voting rights are taking advantage of their newly regained suffrage.

In the last two decades, over 800,000 ex-felons have regained their voting rights after a number of states eased restrictions, Reuters reports, based on information from the Sentencing Project. Supporters of these changes say it also promotes racial equality, as 2.2 million of the 5.8 million Americans who have been disenfranchised are black. The Reuters report states that in Virginia, Florida, and Kentucky, more than 20 percent of black citizens not in prison cannot vote. Thirteen percent of black men across the country cannot vote, according to the Brennan Center for Justice.

States still vary widely on this issue, ranging from allowing current inmates to vote, to strict lifetime voting bans. Some of these laws date back to the 1800s. Tuesday’s primary states have different positions on convicts’ voting rights. In Idaho, citizens may vote after completing their sentence, including prison, parole, and probation, and inmates cannot vote, even if they are only convicted of misdemeanors. Arizona allows first-time felons to regain their rights after completing their prison term, parole, probation, and payment of legal financial obligations, but those with two or more felony convictions are banned for life unless they get a pardon or restoration from a judge. Utah is the most liberal of the three, allowing people to vote as soon as they leave prison.

Allowing ex-felons to vote could significantly impact a presidential election. A 2002 study showed that had Florida, where there is a permanent voting ban, had allowed ex-felons to vote in 2000, Al Gore likely would have won that state, and the presidency.

Republicans and Democrats alike have supported the voting initiatives that help people rejoin society after serving their time. The bipartisan support has not been reflected in the presidential race, at least not yet. While Bernie Sanders and Hillary Clinton have both voiced support for ex-felons regaining their rights, Ted Cruz, John Kasich, and Donald Trump have all been silent on the topic. In the Senate, however, support comes from both sides of the aisle, as Republican Rand Paul and Democrat Harry Reid co-sponsored a bill that would give ex-felons without violent crimes on their record the right to vote in federal elections.

These efforts are shown to potentially reduce crime as well. A Florida parole board study from 2011 showed the ex-felons who had the right to vote were just one-third as likely to return to prison.