Man Charged With Kidnapping, and Killing 2 Women After Survivor’s 911 Call 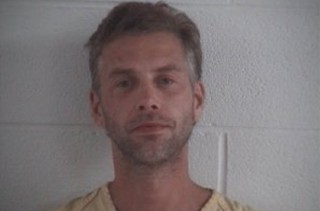 Prosecutors in Ashland County, Ohio have charged a man with two counts of murder and one count of kidnapping after a survivor and two bodies were found in a house on Tuesday. Ashland County Prosecuting Attorney Christopher Tunnell announced that Shawn Grate allegedly killed Stacey Hicks, also known as Stacey Stanley, and another woman, whose was identified in the complaint as Mary Doe. Grate also allegedly kept a third woman, identified as Jane Doe, against her will between September 11 and September 13, for the purpose of sexual activity. Hicks had last been seen on September 8 and was reported missing.

Jane Doe managed to call 911, and when police responded they found the bodies of the other women.

Police released the 911 call on Thursday. Listen to excerpts, courtesy of the Mansfield News Journal:

After the arrest, Grate reportedly admitted to killing another woman in nearby Richland County.

Tunnell stated that his office has a large volume of evidence to review, and that additional charges could be forthcoming.