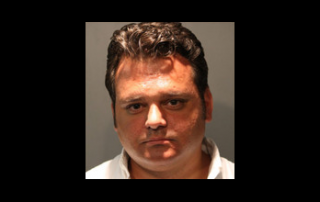 Prosecutors are charging a man with a hate crime for allegedly attacking a Chicago taxi driver for being Muslim, DNAinfo reported. John Alletto, 37, allegedly approached a cab that was stopped at a red light and opened the driver’s door. He then asked the 42-year-old driver if he was Muslim. When the driver said, “Yes,” Alletto allegedly punched him in the head, neck, and body. The passenger left the car.

A witness then came over, and Alletto announced that the driver was Muslim. The witness called Alletto a racist, and the two of them started fighting. According to a prosecutor, police said Alletto “appeared highly intoxicated.”

After the incident occurred in February, Alletto was initially charged with misdemeanor battery, but after investigating more, prosecutors upped the charges to felony hate crime, aggravated battery in a public place, and aggravated battery to a taxi driver. At a court appearance on Wednesday, Alletto’s attorney said this was an “isolated incident,” that Alletto is bipolar, and that he had mixed his medication with alcohol on the night in question. Judge Laura Sullivan set bail at $25,000, and Alletto was released Wednesday evening.