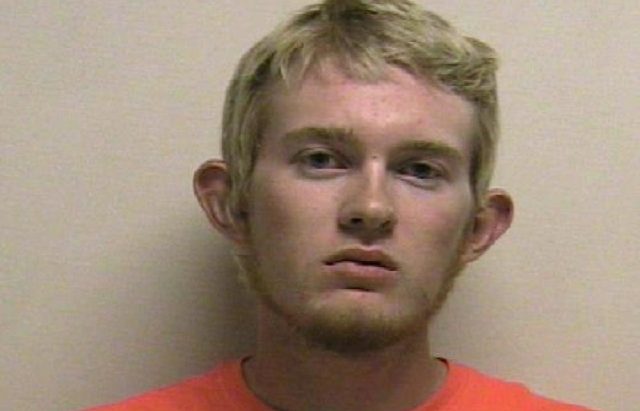 PROVO, Utah (AP) — A Utah man who prosecutors say filmed a teenage girl killing herself with a rope he bought for her went Wednesday before a judge who will decide whether he’ll be tried for murder.

Prosecutors played the cellphone video they say Tyerell Joe Przybycien, 18, made starting just before the girl died and continuing for several minutes after she hanged herself. A voice can be heard on the video occasionally calling out to the girl and getting no response.

After 16-year-old Jchandra Brown was found by a turkey hunter the following morning of May 6, Przybycien walked up to Utah County Sheriff’s Sgt. Josh Chappell in tears.

He said he’d picked the girl up at her fast-food job and drove her to the canyon where she killed herself.

The sergeant originally thought Przybycien was a witness who needed help, but then saw the video. “Once the phone powered on, I knew this was not your everyday situation,” said Detective Quiton Fackrell.

Przybycien later told police he felt “extremely guilty” about helping her, though he said she had long felt suicidal and could have done it without him, according to a recorded police interview. He was friends with Brown and told her he’d also kill himself after she did even though he didn’t intend to, according to the interview.

Brown’s mother said her daughter thought she’d found a friend in Przybycien shortly after moving to Utah from Idaho. “He was a predator,” said Sue Bryan, who streaked her hair blue as a tribute to her daughter’s style. The Associated Press does not typically identify juveniles, but Bryan said she wanted her daughter to be identified to prevent anything similar from happening again.

Brown said in a note left in the canyon about 60 miles south of Salt Lake City that she made the decision herself, defense attorney Neil Skousen said. He also pointed to psychiatric medication the girl had been prescribed.

“We’re arguing that this tragic story, the young lady’s passing away, was a suicide, and that my client’s actions did not rise to the level of murder,” he said. The judge didn’t immediately rule Wednesday.

Prosecutor Chad Grunander said Przybycien’s intentions make it a murder case, if an unusual one. Authorities said Przybycien researched methods and exchanged text messages with a friend the month before saying he wanted to help her kill herself. “It’s like getting away with murder!” he wrote, according to court documents.

Przybycien was also charged with possessing child pornography after police found images of girls who appeared to be under age 5 as they searched his phone for evidence in the investigation of the girl’s death. Skousen declined to comment on that case.

The hearing comes weeks after a Massachusetts woman, Michelle Carter, was sentenced to 15 months in jail following her conviction of involuntary manslaughter for encouraging her suicidal boyfriend to kill himself in dozens of text messages and telling him to “get back in” a truck filled with toxic gas when she was a teenager.