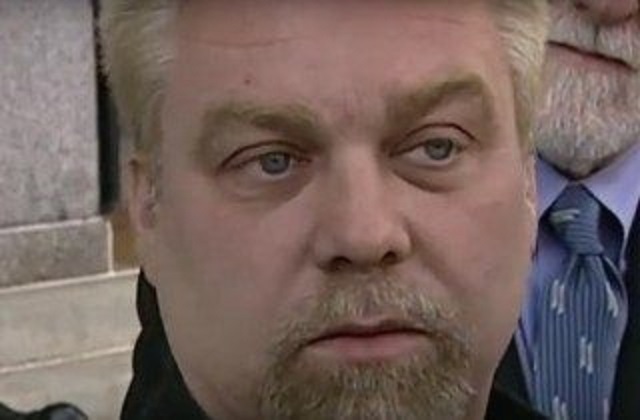 The attorney for Steven Avery, the man at the center of the hit Netflix film Making A Murderer, today filed a more than 1,000 page court motion laying out what is to veteran observers of the case the most compelling counter-narrative to date of the state’s case-in-chief.

That former boyfriend, Ryan Hillegas, led the volunteer search for Teresa Halbach when she was first reported missing in November 2005.

Zellner’s motion argues that “jealousy was the motive” for the killing.

Hillegas has been neither charged with nor convicted of a crime in relation to the Halbach disappearance.  Zellner’s accusations remain just that — accusations.

Hillegas, the motion argues, was still romantically interested in Halbach, but she was no longer interested in him.  As Halbach’s romantic interests turned elsewhere, the filing argues, Hillegas became increasingly jealous and eventually killed her.

The filing also accuses Sgt. Andrew Colborn of the Manitowoc County Sheriff’s Department of playing a substantial role in obscuring the truth.  Colborn had played a role in the botched conviction and eventual exoneration of Avery over a 1985 rape case.  Former Calumet County Sheriff Jerry Pagel attempted to exempt Colborn and other officers with either a real or a perceived conflict of interest from the new investigation into Steven Avery, but that attempt failed.

The filing also states and/or argues:

The motion also argues that a second burial site was discovered, but that Sgt. Colborn of the Manitowoc County Sheriff’s Department “persuaded everyone it was not a burial site.”  That second alleged burial site was located off of the Avery property.

It also goes on to argue that the special prosecutor in the case, Ken Kratz, committed “ethical violations” which “violated” Avery’s constitutional right to a fair trial, in part by releasing information to the press about the “fabricated” purported confession of Brendan Dassey.

The filing also contains information that raises serious questions regarding evidence that the prosecution used to convict Avery. Zellner contends that a bullet that the State claims went through Halbach’s skull had zero traces of bone fragments embedded in it, and thus could not have been the bullet that killed her.

Zellner describes a rigorous testing process where experts examined the bullet and found no evidence of bone. One expert performed simulations on other bullets that were fired in test settings that were found to have traces of bone fragment in them after being fired. Therefore, Zellner argues, the bullet put forth as evidence by the prosecution could not have been the one that killed Teresa Halbach.
An expert also said that traces of some other substance that looked like wood were found on the prosecution’s bullet. Zellner writes that an inspection of Avery’s garage, where Halbach was found, showed that there was particle board there, which theoretically could have been the material embedded in the prosecution’s bullet.

Additionally, Zellner says that a marking of dried red liquid on the bullet that was in evidence is an unknown substance that she doubts is blood based on its color and past DNA tests. She says that it’s more likely that it’s paint, and that its texture “suggests that the droplet was deposited after the bullet was fired and came to rest.”

The same expert who tested the substances on the bullet is also going to test samples of wood and paint from Avery’s garage to see if they could have been the substances found on the State’s bullet. He will submit an affidavit upon completion of the analysis.

Zellner claims that another test flat out exonerates Avery. She describes how a brain fingerprinting analysis performed by an expert who developed the test showed that Avery lacked knowledge of Halbach’s murder that the real killer would have. The expert studied Avery’s brainwaves when presented stimuli in the form of information about the murder that didn’t come out during the trial, and that the real killer would know. The test, Zellner asserts, concluded with near certainty that Avery did not previously have knowledge of the information.

The motion requests an evidentiary hearing in light of all of this, and claims that ultimately, the court should vacate Avery’s conviction and order a new trial.

Aaron Keller is an attorney and streaming trial host for the LawNewz Network.  In 2005, he was a reporter for the NBC television affiliate in Green Bay, Wisconsin, where he covered the Halbach murder case starting from the day her family reported her missing.

Disclosure:  Zellner’s motion contains a reference to a television news report which may have been prepared and presented by the author of this piece.

Editor’s note:  this piece has been updated.