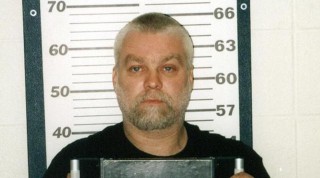 This article was first posted on LawNewz.com on January 18, 2016.

Not since the OJ Simpson case brought the nation to a virtual standstill, has the American public so fiercely and antagonistically debated facts, procedures and testimony in a state murder trial (who knew we could have another high profile battle over EDTA?) From the cover of People Magazine to daily coverage on cable news programs, to offices around America, the question dominating our discourse seems to be whether Steven Avery killed Teresa Halbach on October 31, 2005. The fallout from the 10 part documentary so intense that many have taken to social media and elsewhere to lambast and even threaten the prosecutor from the case.

Filmmakers Moira Demos and Laura Ricciardi have created a compelling and well-produced piece of advocacy intended to lead viewers to conclude that Avery, who previously served 18 years for a rape he did not commit, is innocent of this crime as well, or at least that the system failed him miserably. Each episode begins with old pictures of little boy Steven and much of the series focuses on his defense team’s efforts and strategy as well as Avery’s heartbroken family.

Much of the country now divided over whether “they” did it — they, being Avery and his then sixteen-year-old nephew Brendan Dassey who eventually confessed to sexually assaulting Halbach and aiding Avery in the murder. Pro-prosecution “law and order” types  tend to highlight evidence against Avery and inevitably lump in Dassey based on his statements to police, while the filmmakers and those inclined to accept Avery’s account also seek to conflate the two cases by inferring that Avery’s miscarriage of justice led to a second inequity when Dassey falsely admitted to committing the crime with Avery.

The reality is likely more nuanced but equally troubling.

The facts against Avery remain overwhelming. Teresa Halbach was at Avery’s property to take photographs for an auto magazine, he was her final appointment of the day and there is no evidence she ever left the property. Avery was the last confirmed person to see her alive.

Let’s pause here for a moment. That would, in the mind of any police officer with a modicum of common sense, make Avery a serious suspect right off the bat. Then her car was found at the Avery family auto salvage yard, his blood and sweat (or some other non-blood DNA) detected in, and on, her car, her charred remains discovered on his property, her car key with his DNA (not blood) found at his home and a bullet with her DNA identified in his garage.

The only other case I can recall with this kind of bounty of physical evidence against a defendant where any substantial portion of the public (or a jury for that matter) believed in innocence was, well, OJ Simpson. And like the Simpson case, there is only one way the defense can explain away that sort of glut of incriminating details, by claiming it was planted by corrupt police officers. But at least in the Simpson case, they had some, albeit far-fetched, explanation for each item of incriminating evidence. Each piece, they argued meticulously, was either planted by shrewd and cunning police officers or mishandled and contaminated by the same team of officers who were simultaneously inept buffoons.

In Avery’s case, they don’t even really present a theory, no matter how preposterous, to explain how Avery’s DNA ended up on Teresa’s car and key (maybe just a blanket argument similar to Simpson that the police were just incredibly wily yet also completely incompetent). As for his blood found in her car, they suggest one or more members of the local sheriff’s department punctured a blood vial retained from his rape case and used it to plant the evidence against him. Retaliation, they suggest, for Avery suing the department after falsely imprisoning him on the unrelated rape charge.

Maybe the most compelling moment in the series comes when the defense team is first afforded access to the vial and they discover a small puncture hole in the tube top. It is hard not to moved by that moment. That is, unless you know that those sorts of punctures are at least somewhat common.  Well, that sure changes things but the filmmakers either didn’t know that or just didn’t care to share it with the audience.

As for Teresa’s DNA on the bullet from the garage they rely on a hybrid planting/contamination theory (a la OJ.). It wasn’t discovered for months because it may have been planted and then when it was tested, the defense suggests, the evidence was contaminated by a bumbling examiner.

Without a doubt the most incriminating evidence is Teresa’s charred body parts found on Avery’s property where he had created a bonfire the night she went missing. Again, the defense suggests the remains were moved aka planted but it is unclear if the defense is suggesting the police or the real killer moved them.

Which leads to an interesting question if Avery didn’t do it, who did? The documentary subtly suggests possible suspects: Brendan Dassey’s brother, Bobby? Dassey’s step-father Scott Tadych? Teresa’s old boyfriend or his roommate? While there appears to be no evidence against any of them, suggesting someone else who lived on the property as the Dassey family did, makes sense. The defense implies that the real killer would have known Steven Avery, would be a prime target and so maybe said killer decided to frame Avery. Presumably the police then decide that they will chip in as well since they too would like to see Steven Avery convicted whether he is guilty or not.

Could someone invent seemingly plausible narratives about how or why some other suspect might have committed the crime? Surely. But that does not mean we can or should ignore the actual (as opposed to figmental ) evidence against Steven Avery. It is reminiscent of the “Columbian Necktie” nonsense OJ Simpson’s defense team attempted to introduce.

The defense and documentarians also highlight the lack of certain evidence: Why was just Avery’s DNA on the car key and not Teresa’s? Why weren’t more of Avery’s fingerprints found on the car? Why wasn’t more of Teresa’s DNA found in the garage or home? Why wasn’t there blood spatter on the walls or ceilings? (As discussed below, the prosecution relying too heavily on Brendan Dassey’s “confession” may have led them to the wrong conclusion about how she was killed). Regardless, this is a typical, usually failing, defense strategy that emerges in case after case. As the saying goes “absence of evidence is not evidence of absence.”

Maybe the greatest fallacy the defense offers is that it would just have required one person Lieutenant James Lenk (maybe with the help of Sgt. Andrew Colburn) to make the conspiracy work. But just through the course of the documentary, the defense team suggests a whole host of additional conspirators: In addition to the real killer who likely moved the body onto Steven’s property there is:

1) Teresa’s cousin Pam Sturm who found Teresa’s car in the Avery salvage yard. She actually knew, they allege, that the car would be in the lot and lied when she testified she was surprised to find it in a remote area after half an hour of searching;

2) They accuse the lab technician who tested the DNA on the bullet of basically falsifying results to satisfy her bosses who wanted Avery convicted and of course,

3) The FBI agent who tested the blood to determine if there was an additive called EDTA which would have been present in evidence vial blood but not fresh blood. When he determined and testified that EDTA was not present in the blood found in the car and therefore likely wasn’t planted, he too was implicated by the defense in the grand conspiracy.

In reality, you also would likely need a couple more corrupt police officers to help cover it all of this up as well. Nonsense. I am convinced beyond a reasonable doubt that Steven Avery killed Teresa and that he received a flawed but overall fair trial.