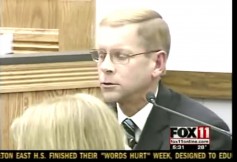 Screenshot of Len Kachinsky via WLUK.

Former Making a Murderer attorney Len Kachinsky, who was dismissed over his handling of the case, says he is now being targeted by ‘hater fans,’ who even told him to die while he was undergoing cancer treatments, according to the Daily Mail.

Kachinsky first represented Steven Avery’s cousin, Brendan Dassey, when he was first charged in the disappearance of 25-year-old freelance photographer Theresa Halbach.  In the Netflix hit documentary, Kachinsky allows 16-year-old Dassey to be interviewed without an attorney. Kachinsky told the Sheriff at the time that he had a “military conflict,” and told investigators to proceed without him.  A federal judge in Wisconsin is now considering a petition by Brendan Dassey that Kachinsky was “infective” and which violates his Constitutional rights. 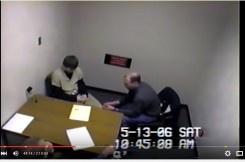 Apparently, when the documentary was released in December, Kachinsky was hospitalized to treat cancer, which is now in remission. He told the reporter that he’s received many nasty emails, voicemails and social media messages.

“Most messages said things like, ‘Shame on you, you should die of cancer, you’ve ruined a little boy’s life.”

[via The Daily Mail]