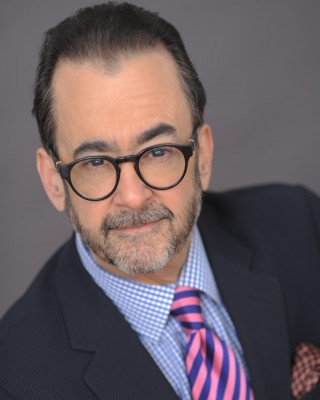 Whenever you expose something that’s remained for the most part hidden from public view, the audience is bound to be shocked. “Making a Murderer” (“MAM”) exposes and shocks accordingly.

As a trial lawyer and former prosecutor I’ve believed that criminal trials in particular are the best theater around and MAM is hands down the best cinéma vérité bar none. It absolutely trounces the O. J. Simpson trial coverage exponentially because of the introduction of social media. During the Simpson trial, the public could only react to and among friends or by yelling at a TV screen. Talk radio and television pundits had the only and last word. The public just watched with limited kneejerk, patellar or Pavlovian reactivity even possible. Those days are long gone. Social media accompanies events like applause does a spectator event. It also adds its own heft and direction, especially when coupled with the multiplicity of citizen bloggers and “amateur” platforms. I make particular note of the term amateur because I feel the distinction has no merit today. Just because someone’s not a salaried presenter in no way detracts from the efficacy or legitimacy or worth of an appraisal. Conventional media take note: The times they are a changin’.

Framing a guilty man. If Steven Avery is not guilty of Teresa Halbach’s murder, this is the unluckiest man on the face of the Earth. Think the anti-Lou Gehrig. For Avery to be framed, i.e. to be absolutely innocent and disconnected to any modality of culpability whatsoever, involves a conspiracy mechanism that even boggles my mind. And that’s saying something. A conspiracy of such dimension would have not only involved teams of co-conspirators but would have included the assassination of Halbach or the collection of her remains after a suicide or her murder through outside means, her dismemberment and the virtual calcination and pulverization in essence of her remnant skeleton and bones, her almost industrial strength incineration and makeshift cremation, the placement of her vehicle on the Avery property with barely the hint of camouflage, and all of which was timed during the eleventh hour of Avery approaching the settlement and finalization of his multimillion dollar lawsuit that would have likely bankrupted Manitowoc County absent an insurance policy to cover the actions of these police officers and personnel. Just mull that over.

The Brendan Dassey “confession.” Of the myriad horrors that this case presented, none stood out as much as the interrogation of Brendan Dassey, a then 16-year-old sophomore at Mishicot High School. We learned that he was a special education student with an IQ hovering at 75 tops. His cognitive and mental ability, along with his long-term memory retrieval and verbal ability were well below average. And not to mention, his short-term memory was significantly minimal. This young man was so disconnected to reality that he expressed regret to his mother after confessing to a host of crimes that he’d most certainly miss Wrestlemania. Let me remind you that Brendan was convicted by a jury of first-degree intentional homicide, mutilation of a corpse and second-degree sexual assault in the death of Teresa Halbach on Halloween 2005 and will not be eligible for parole until he serves 41 years. And he thought that after he complied with the police officers, he could go home. That after confessing to the murder, rape and desecration of the corpse of an innocent young woman that he could leave. This is the mentality that police were dealing with.

Police ineptitude, incompetence and vengeful malevolence. No one expects all police agencies to be Scotland Yard. Especially small Wisconsin jurisdictions with officers more the likes of Barney Fife than Sherlock Holmes. That being said, incompetence and ineptitude are one thing, the deliberate and vindictive targeting and framing of an innocent man are anther. This is what makes the calculus of this trial so problematic. Steven Avery lost 18 years of his life for a crime he never committed, a crime that his protectors, sworn peace officers and public servants on the public payroll, dared to frame him with. There were indication that they were aware that Gregory Allen was the prime suspect and fit the description of the rape victim, Penny Bernstein. They just didn’t care. Or didn’t care to care. Their minds were made up. After all, it was just Steven Avery. Not someone who really mattered.

Documentary, passion play or deliberate advocacy. Laura Riccardo and Moira Demos made a masterpiece in MAM. Clearly biased and skewed, favorable to Avery, sympathetic even. It was targeted advocacy described as a documentary that enjoyed the veiled promise of objectivity and accuracy. To its detractors vie this: So what. Big deal, Oliver Stone’s “JFK” was a movie believed to be a documentary. MAM was a documentary from one viewpoint only. From Steven Avery’s perspective as well as his lawyers. With, let me add, a cavalcade of Keystone Cops characters that central casting couldn’t have concocted. This was absolutely brilliant in its compilation. The filmmakers owe no duty to anyone to portray anyone or anything in a particular matter or order of presentation. There is a distinction between detailing the horrors of a botched and skewed and pathetic criminal prosecution and not delivering an exact compilation of all of the facts and data and testimony that went into a particular crime. In any event, keep this is mind: When documentarians lie and fabricate no one goes to prison or is executed.

The confirmation bias. The public, the lay American celebrity trial watchers in particular, are too often the victim of confirmation bias – the tendency to selectively search for and consider information that confirms one’s beliefs. As Francis Bacon said best, “Man prefers to believe what he prefers to be true.” When they see a defendant mistreated and manhandled by a callous judicial system with little or no respect or consideration for justice they do what’s expected. They make a blockbuster documentary.